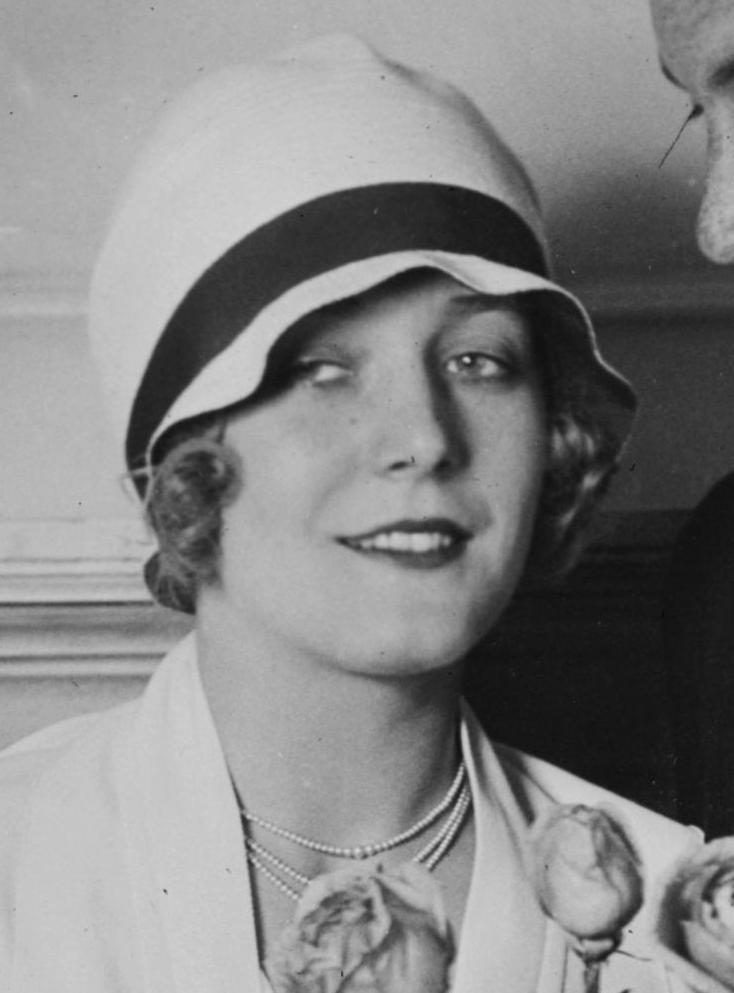 Vilma Bánky (, - , ) was a Hungarian-born American , although the early part of her acting career began in , spreading to , , and .

She was born Vilma Konsics Bánky to János Konsics Bánky and Katalin Ulbert in , , and began appearing in films in 1919, her first film being "Im Letzten Augenblick", directed by Carl Boese in Germany. On a trip to in 1925, discovered the violet-eyed, blonde beauty and signed her to a contract. Her father was strongly against Vilma's career as was her fiancé, but acting had become something that she loved. She left behind her intended husband in Hungary, sailing for America in early March 1925.

She was hailed as "The Hungarian Rhapsody" and was an immediate hit with American audiences. remarked in its review of her first American film, , that she "is a young person of rare beauty...so exquisite that one is not in the least surprised that she is never forgotten by Hillary Trent" [ The New York Times Directory of the Film, 'The Dark Angel' review by , October 12, 1925, p. 17, 1971, Arno Press and Random House, United States of America ] (the movie's main male character who decides to allow his family and fiancee to believe him dead rather than place what he perceives as the burdon on them of a life caring for a blinded war veteran). She appeared opposite silent greats in "The Eagle" (1925) and "" (1926) and in a series of fantastic love stories, including "The Dark Angel" and "The Winning of Barbara Worth". Prior to Valentino's death, he and Bánky were close friends, and although affairs were rumored throughout Hollywood, there were just that - rumors. Bánky realized he needed a friend more than anything. Her other close Hollywood friends included , , , , and . It is commonly believed that her thick Hungarian accent cut her career short with the advent of sound, however she began losing interest in films and wanted to settle down with , and simply be a wife. By 1928, in fact, she had begun announcing her intention to retire in a few years. Of her twenty four films, seven exist in their entirety ("Der Zirkuskönig, The Son of the Sheik, The Eagle, , The Night of Love, A Lady to Love", and "The Rebel") and three exist in fragments ("Tavaszi Szerelem" in scattered bits and the first five reels of "The Magic Flame" and an incomplete copy of "Two Lovers").

She married actor on , , and was with him until his death on , . They had no children. From all accounts theirs was a marriage based on mutual respect and compatibility.

Her post Hollywood years were spent selling with her husband and playing , her favorite sport. She and her husband created an educational fund for children called "The Banky - La Rocque Foundation".

Bánky died on , , of cardiopulmonary failure at age 93. Her body was cremated and her ashes were scattered at sea.