Morehead is a city of Rowan County, Kentucky, United States located along Interstate 64 and US 60, the historic Midland Trail. The population was 6,845 at the 2010 census. The city is named for Gov. James T. Morehead. It is the county seat of Rowan County[1]. Morehead State University is located here. It was also the focal point of the Rowan County War. 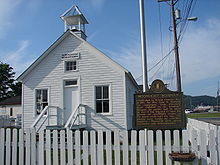 In the 1880s, Morehead became the central stage for a notorious conflict known as the Rowan County War (aka the Martin-Tolliver-Logan Feud). During a number of skirmishes for the next few years, at least 20 people were killed and possibly 100 were wounded. Beginning with an election-day barroom brawl, several gunfights took place in Morehead and the surrounding countryside. Eventually, a group led by Craig Tolliver seized political control of the town and installed allies in the county Sheriff's office and the county attorney's office as well as the office of town Marshal. Several members of the opposing faction were arrested on trumped-up charges, and some were killed with the faction in power falsely claiming they had resisted arrest. The conflict gained national attention and on two occasions the Governor sent troops to maintain order with little effect. Eventually a posse of as many as 100 individuals was organized and armed by Daniel Boone Logan with the tacit consent of Governor J. Proctor Knott and Governor-elect Simon Bolivar Buckner. In a dramatic two-hour gun battle that took place in the center of Morehead, several Tollivers, including Craig Tolliver were killed and the Tollivers' control of the county was broken. Two men were later held to trial for the murder of Craig Tolliver but were acquitted.[2][3]

According to the United States Census Bureau, Morehead has a total area of 9.3 square miles (24 km2).

There were 2,635 households out of which 23.6% had children under the age of 18 living with them, 38.2% were married couples living together, 11.2% had a female householder with no husband present, and 47.9% were non-families. 36.1% of all households were made up of individuals and 13.3% had someone living alone who was 65 years of age or older. The average household size was 2.14 and the average family size was 2.81.

As of 2000, Rowan County was the home of 25 Evangelical churches, four Mainline Protestant churches, one Catholic Church and one Church of Jesus Christ of Latter-Day Saints (LDS) congregation. This represents a net increase of five congregations. Six congregations (all Evangelical) were established between 1990 and 2000, while one (also an Evangelical congregation) closed.[7]

Rowan County is ranked 113th (of 120 counties in Kentucky) in overall rates of adherence, with 249 out of every 1000 residents claimed as an adherent of a religious congregation. 129 of every 1000 residents was claimed by an Evangelical congregation (116th in rank), 50 by a Mainline congregation (91st in rank), 20 by the Catholic Church, and 37 by the Church of Jesus Christ of Latter-Day Saints. A small number of other residents belonged to religious groups not represented in one of these categories.[8]

Morehead has city partnerships with the following cities or regions:

Through Sister Cities International, Morehead has one sister city: