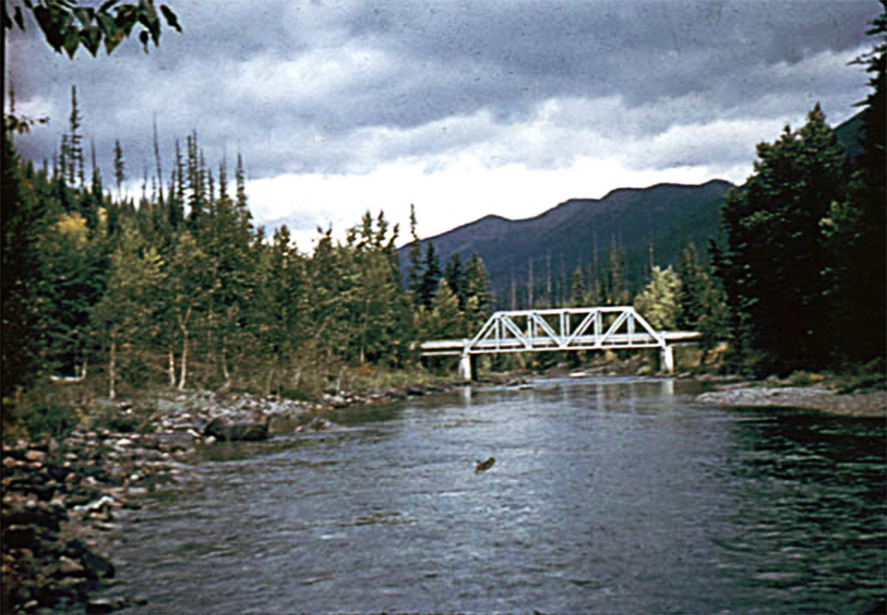 Portions of the three forks of the Flathead River, South, Middle, and North, are designated .

In Montana the river continues to flow south, between the Whitefish Range and to the west and, to the east, the , , Flathead Range, Swan Range. The North Fork Flathead River collects tributaries including Kintla Creek, Whale Creek, Bowman Creek, Quartz Creek, Coal Creek, Camas Creek, and Big Creek, before joining the Middle Fork Flathead River, near , to form the Flathead River proper.

The North Fork Flathead River in Montana is designated a National Wild and Scenic River. The river is not afforded any protection in British Columbia. This has been the subject of thirty-years of dispute between the United States and Canada. In 1988 the , ruled that a proposed open pit coal mine would violate the 1909 Boundary Waters Treaty.

Energy development continues to threatened the North Fork, which was deemed the 'wildest river in the contintential United States' by the New York Times in 2004. On February 21, 2008 BP announced to drop plans to obtain drilling rights for extraction in the river's headwaters. However, the "Cline Mining Corporation" still intends to start a mountaintop-removal coal mining project. [Flathead Beacon: " [http://www.flatheadbeacon.com/articles/article/coalbed_methane/2408/ BP Drops Coal-Bed Methane Exploration Project North of Glacier Park] ", , ]

Much of the Middle Fork is designated a National Wild and Scenic River. It drains parts of the and the of Flathead National Forest. Its lower reach borders on the southern edge of Glacier National Park.

impounds the lower portion of the South Fork in a called Hungry Horse Reservoir. A few miles below the dam, the South Fork empties into the main Flathead River, near .

The main Flathead River, formed by the confluence of the North Fork and Middle Fork, flows generally south. The South Fork Flathead River joins just a few miles below the North and Middle Forks confluence. The river flows by the cities of Columbia Falls and Kalispell. Tributaries of this section of the river include the Whitefish River and its tributary the Stillwater River.

A few miles south of Kalispell, the Flathead River empties into the north end of . Tributaries that flow into the lake include the Swan River.

The Flathead River exits the south end of the lake, near . Within a few miles the river is impounded by . Although a natural lake, Flathead Lake is used as a reservoir and its capacity and water releases are controlled by Kerr Dam.

Below the dam, the Flathead River flows generally south, through the , collecting tributaries including the Little Bitterroot River, Crow Creek, Mission Creek, and Jocko River. This section of the river flows between the Salish Mountains on the west and the on the east.

rs employed by the and entered the Flathead Valley in the early 1800s. Trading posts were established north of Flathead Lake. The first s began arriving in the 1860s. Irrigation agriculture began in the 1880s. [ [http://www.usbr.gov/dataweb/html/hhorse.html Hungry Horse Project] , ]