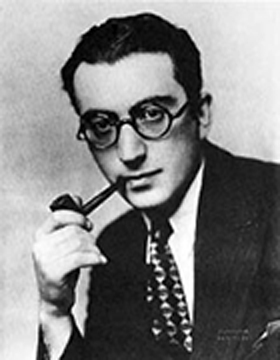 Rouben Mamoulian (, &ndash; , ) was an Armenian-American film and .

Born in , Georgia (ruled at that time by imperial ) to an n family, Rouben relocated to and started directing plays in in 1922. He moved to America the next year to teach in and was involved in directing opera and theatre. In 1930, he became a citizen of the United States.

He directed his first feature in 1929, "Applause", which was one of the early s. It was a landmark film due to Rouben's innovative use of camera movement and sound, and these qualities were carried through to his other films released in the 1930s, such as "Dr. Jekyll and Mr. Hyde" (1931) and the musical film "" (1932). He directed the first three strip film, "Becky Sharp" (1935), based on Thackeray's "", as well as the 1937 musical "". His next two films earned him wide admiration, "The Mark of Zorro" (1940) and "Blood and Sand" (1941), both remakes of silent films. "Blood and Sand" was filmed in , and used color schemes based on the work of Spanish artists such as and . His foray into genre in 1942 was a success with "" starring and .

His last completed musical film was 's 1957 film version of the musical "". This had been one of Porter's less successful stage musicals and was based on the 1939 classic "". The film "Silk Stockings" starred and , with and in support (with Lorre singing in the film).

Mamoulian's film directing career came to an end when he was fired from two consecutive films, "" (1959) and "Cleopatra" (1963). He had previously been fired as director of "Laura" (1944). After directing the highly successful original stage productions of "Oklahoma!" and "Carousel", he worked on only a few other theatrical productions, such as "", which introduced to Broadway audiences. In 1982 he was awarded the Lifetime Achievement Award from the .

Wife Azadia Newman is a portrait painter. included a photograph of Azadia in his 1995 memoirs, "Palimpsest".