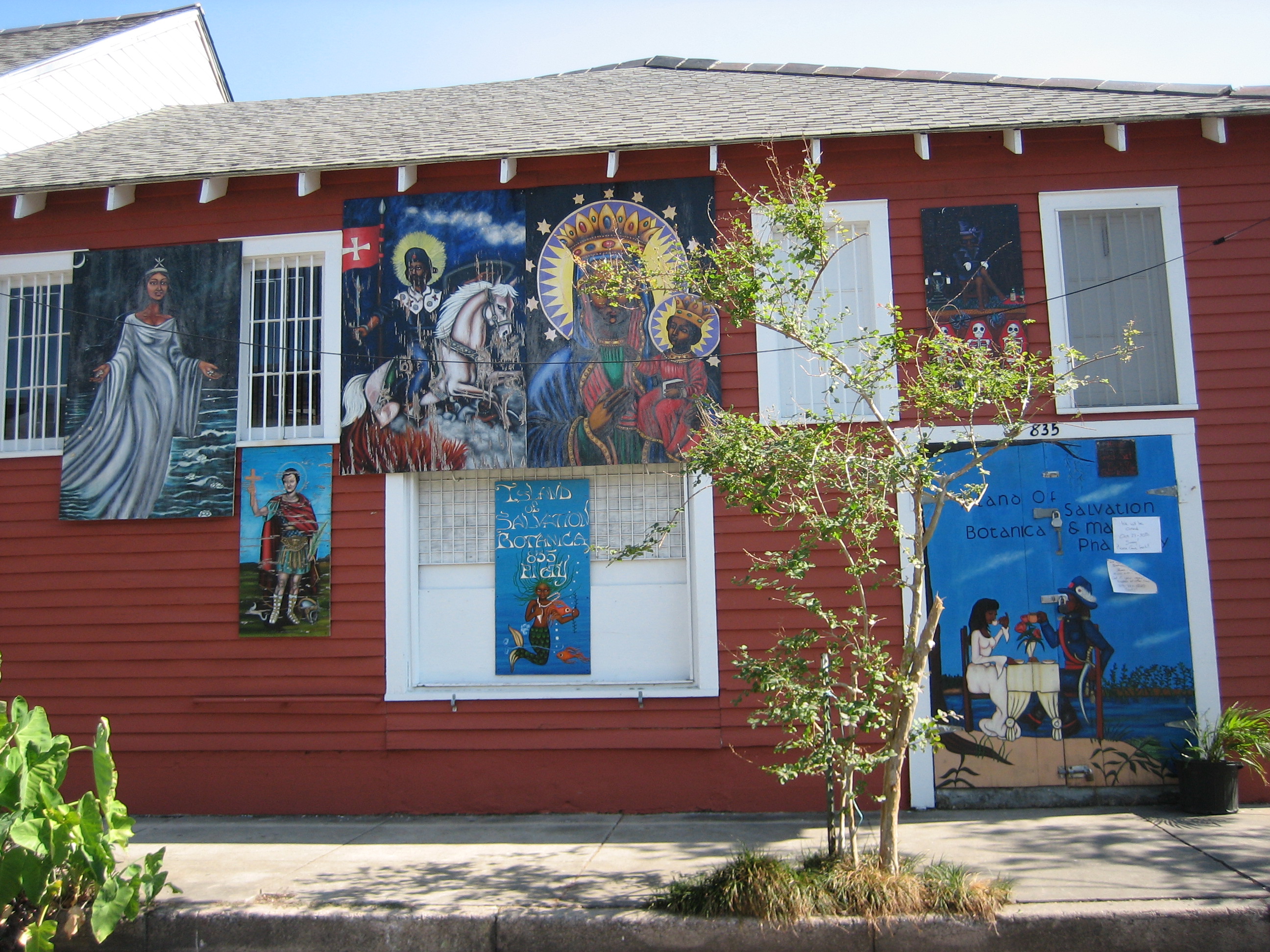 Bywater is a neighborhood of the city of New Orleans. A subdistrict of the Bywater District Area, its boundaries as defined by the City Planning Commission are: Florida Avenue to the north, the to the east, the to the south and Franklin Avenue, St. Claude Avenue Avenue, Clouet, Burgundy, Lesseps, North Galvez and Mazant Streets to the west. Bywater is part of the , but it is located along the natural levee of the Mississippi River, sparing the area of significant flooding.

During the marching starts their procession on morning in Bywater and gathers marchers as it travels through the and ends at Canal Street. This walking parade of local residents, artists and performers, is preceded by the Bywater Bone Boys Social Aid and Pleasure Club (founded 2005) an early rising skeleton krewe made up of writers, tattoo artists, painters, set designers, musicians, and numerous other pre-7 a.m. revelers.

After , many survivors flocked to this area as it was less affected by the storm due to the slightly higher elevation closer to the Mississippi river. Bywater became part of what was known as "the sliver by the river" of neighborhoods that saw no flooding including , , Irish Channel Area, and parts of the lower Garden District including .

The area now known as Bywater was mostly plantation land in the Colonial era, with significant residential development beginning the first decade of the 19th century as part of what was known as "Faubourg Washington", part of the predominantly Francophone "Downtown" section of New Orleans. Many people from the French settled here, especially refugees from the revolution in . During the century it grew with both white and free colored Creoles, joined by immigrants from and .

There was little division between this area and what became known as the until the was dredged through the area in the early 20th century.

A generation knew the area as the "Upper 9th Ward", but as other areas of the 9th Ward above the Canal further from the River became developed, a more specific name was needed. Inspired by the local designation of BYwater which fit the neighborhood's proximity to the River and the Canal, the neighborhood was known as "Bywater" by the 1940s.

Development and speculation surrounding the prompted many long term residents to move down river, at first into Marigny; by the late 1990s the bohemian artistic type of communities of the type found in the Quarter mid-century had spread down to Bywater, and many long neglected 19th century houses were refurbished.

As the portion of Bywater on the river side of St. Claude Avenue was one of the few portions of the 9th Ward to escape flooding in the aftermath of , it has made steady progress toward recovery, more so than many other parts of the city.