The title Grandmaster is awarded to strong chess players by the world chess organization FIDE. Apart from World Champion, Grandmaster is the highest title a chess player can attain. Once achieved, the title is held for life. In chess literature it is usually abbreviated to GM (similarly, FM stands for FIDE Master and IM for International Master). The abbreviation IGM for International Grandmaster can also sometimes be found, particularly in older literature.

GM, IM, and FM are open to both men and women. In 1978, Women's World Champion Nona Gaprindashvili became the first woman to receive the GM title, by a special decision of FIDE. The first woman to qualify for the men's title through achievement in tournament play was Susan Polgar in 1991. Since about 2000, most of the top 10 women have held the GM title. A separate gender-segregated title, WGM for Woman Grandmaster, is also available. It is awarded to women who attain a level of skill between that of a FIDE Master and an International Master.

The first known use of the term grandmaster in connection with chess was in an 1838 issue of Bell's Life, in which a correspondent referred to William Lewis as "our past grandmaster".[1] Lewis himself later referred to Philidor as a grandmaster, and the term was also applied to a few other players.[1] 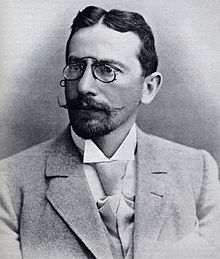 The San Sebastián 1912 tournament won by Akiba Rubinstein was a designated grandmaster event.[1] Rubinstein won with 12½ points out of 19. Tied for second with 12 points were Aron Nimzowitsch and Rudolf Spielmann.[3]

By some accounts, in the St. Petersburg 1914 chess tournament, the title "Grandmaster" was formally conferred by Russian Tsar Nicholas II, who had partially funded the tournament.[2] The Tsar reportedly awarded the title to the five finalists: Emanuel Lasker, José Raúl Capablanca, Alexander Alekhine, Siegbert Tarrasch, and Frank Marshall (respectively, the World Champion, the next two World Champions, and two players who had lost World Championship matches to Lasker). Chess historian Edward Winter has questioned this, stating that the earliest known sources that support this story are an article by Robert Lewis Taylor in the June 15, 1940, issue of The New Yorker and Marshall's autobiography My 50 Years of Chess (1942).[4][5][6]

Non-standard and Soviet usage before 1950

Before 1950, the term grandmaster was sometimes informally applied to other world class players. The Fédération Internationale des Échecs (FIDE, or World Chess Federation) was formed in Paris in 1924, but did not get around to formulating criteria on who should earn the title.

In 1927, the Soviet Union's Chess Federation established the title of Grandmaster of the Soviet Union, for their own players, since at that time Soviets were not competing outside their own country. This title was abolished in 1931, after having been awarded to Boris Verlinsky, who won the 1929 Soviet Championship.[7] The title was brought back in 1935, and awarded to Mikhail Botvinnik, who thus became the first "official" Grandmaster of the USSR. Verlinsky did not get his title back.[7] 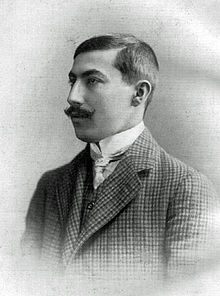 When FIDE reorganized after World War II it adopted regulations concerning the award of international titles. Titles were awarded by a resolution of the FIDE General Assembly and the Qualification Committee. FIDE first awarded the Grandmaster title in 1950 to 27 players. These players were:

Since FIDE did not award the grandmaster title posthumously, world-class players who died prior to 1950, including World Champions Steinitz, Lasker, Capablanca, and Alekhine, never received the title.[8] 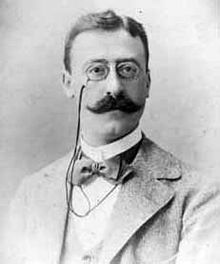 Jacques Mieses, one of the first FIDE grandmasters

Title awards under the original regulations were subject to political concerns. Efim Bogoljubov, who had emigrated from the Soviet Union to Germany, was not entered in the first class of Grandmasters, even though he had played two matches for the World Championship with Alekhine. He received the title in 1951, by a vote of thirteen to eight with five abstentions. Yugoslavia supported his application, but all other Communist countries opposed it. In 1953, FIDE abolished the old regulations, although a provision was maintained that allowed older masters who had been overlooked to be awarded titles. The new regulations awarded the title of International Grandmaster of the FIDE to players meeting any of the following criteria:[9]

After FIDE issued the 1953 title regulations, it was recognized that they were somewhat haphazard, and work began to revise the regulations. The FIDE Congress in Vienna in 1957 adopted new regulations, called the FAV system, in recognition of the work done by International Judge Giovanni Ferrantes (Italy), Alexander (probably Conel Hugh O'Donel Alexander), and Giancarlo Dal Verme (Italy). Under the 1957 regulations, the title of International Grandmaster of the FIDE was automatically awarded to:

The regulations also allowed titles to be awarded by a FIDE Congress on recommendation by the Qualification Committee. Recommendations were based on performance in qualifying tournaments, with the required score depending on the percentage of Grandmasters and International Masters in the tournament.[10]

The categories of tournaments are:

Since FIDE titles are for life, a GM or IM does not count for the purposes of this requirement if he had not had a GM or IM result in the five years prior to the tournament.

The modern system for awarding FIDE titles evolved from the "Dorazil" proposals, presented to the 1970 Siegen Chess Olympiad FIDE Congress. The proposals were put together by Dr Wilfried Dorazil (then FIDE Vice-President) and fellow Committee members Grandmaster Svetozar Gligoric and Professor Arpad Elo. The recommendations of the Committee report were adopted in full.[12]

In essence, the proposals built on the work done by Professor Elo in devising his Elo rating system. The establishment of an updated list of players and their Elo rating enabled significantly strong international chess tournaments to be allocated a "Category", based on the average rating of the contestants. For instance, it was decided that 'Category 1' status would apply to tournaments with an average Elo rating of participants falling within the range 2251–2275; similarly Category 2 would apply to the range 2276–2300 etc. The higher the tournament Category, the stronger the tournament.

Another vital component involved the setting of meritorious "scores" for each Category of tournament. A player must meet or surpass the relevant score to demonstrate that they had performed at Grandmaster (GM) or International Master (IM) level. Scores were expressed as percentages of a perfect maximum score and decreased as the tournament Category increased, thereby reflecting the strength of a player's opposition and the relative difficulty of the task.

Tournament organisers could then apply the percentages to their own tournament format and declare in advance the actual score that participants must achieve to attain a GM or IM result (nowadays referred to as a norm).

To qualify for the Grandmaster title, a player needed to achieve three such GM results within three years. Exceptionally, if a player's contributory games totalled thirty or more, then the title could be awarded on the basis of two such results. There were also circumstances where the system could be adapted to fit team events and other competitions.

The full proposals included many other rules and regulations, covering such topics as;

The requirements for becoming a Grandmaster are somewhat complex. A player must have attained an Elo rating of at least 2500 (although they need not maintain this level to obtain or keep the title). In addition, at least two favorable results (called norms) from a total of at least 27 games in tournaments involving other Grandmasters, including some from countries other than the applicant's, are usually required before FIDE will confer the title on a player. There are other milestones a player can achieve to get the title, such as winning the Women's World Championship, the World Junior Championship, or the World Senior Championship. Current regulations can be found in the FIDE Handbook.[13]

In 1972 there were only 88 GMs with 33 representing the USSR. The current FIDE ratings list includes over 1000 grandmasters.[14] Nigel Short was rated the third best player in the world in 1989 with a rating of 2650; in the 21st century such a rating would only be good enough for a player to reach the top 50 or 60, with the third best player in the world usually rated around 2750. As of July 2011 the top three players are all rated above 2800.[15] Other minor factors come into play: there are more tournaments worldwide and cheaper air travel makes them more accessible to globe-trotting chess professionals, who include many players from the former Soviet Union and Eastern Europe whose movements are no longer restricted as they were before the 1990s. Additionally, players can make norms in tournaments that would have been previously considered too short for norms,[16] making norms easier to get and allowing for more norm tournaments to be held.

December 2008 saw a record number of GMs (1,192) and IMs (2,916) causing some FIDE officials to suggest that FIDE should consider an "elite grandmaster" title.[17] The unofficial title, "Super Grandmaster", is often used by players to refer to those with a 2700+ rating to distinguish the most serious world champion contenders.[18] The proportion of titled players is actually growing smaller due to the rise in the number of all chess players worldwide who have FIDE ratings.[17] In response, one member of the FIDE Titles & Ratings Committee observed that it is now more common for weaker players to get FIDE ratings, so the comparison of Grandmasters as a proportion of all rated players is not really helpful.[19]