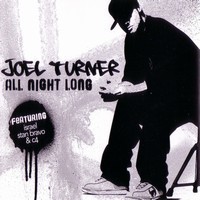 
"All Night Long" is an independent single by Australian artist Joel Turner. It was released on , and received moderate airplay on television and radio, with influential music show "Video Hits" screening it only once.

The song carries a party theme, with the rapping provided by Israel (an R&B singer and producer), Stan Bravo (an American-born rapper), and Turner’s cousin C4 (of the Modern Day Poets). The accompanying video shows the performers and several female dancers against a backdrop of special effects. The final shot has Turner baring a T-shirt emblazoned with the words “NO WAR”.

Although the artist is credited as "Joel Turner featuring Israel, Stan Bravo and C4", Turner in fact only contributes to the chorus and ad-libs, along with a few sound effects. The track does not appear on any of Turner's albums, but a version of the song can be found on Stan Bravo's mixtape "Get Accustomed".

"All Night Long" was released jointly by Turner’s former record company Rajon and his current label Hardwax. Despite topping the independent charts, [ [http://air.org.au/charts_main/index.php?tab=logic&type=charts&apply=chartsw&database=web_charts_week&search_string=5th%20March%202007|SILID AIR Independent Charts] ] the song debuted at #38 [ [http://www.australian-charts.com/showinterpret.asp?interpret=Joel+Turner Australian Charts Portal] ] on the ARIA charts and is Turner’s lowest charting single to date. It received a nomination for Urban Work of the Year at the 2008 . [ [http://www.apra-amcos.com.au/APRAAwards/MusicAwards/Nominations/UrbanWorkoftheyearNomination2008.aspx 2008 APRA Nominations] ]