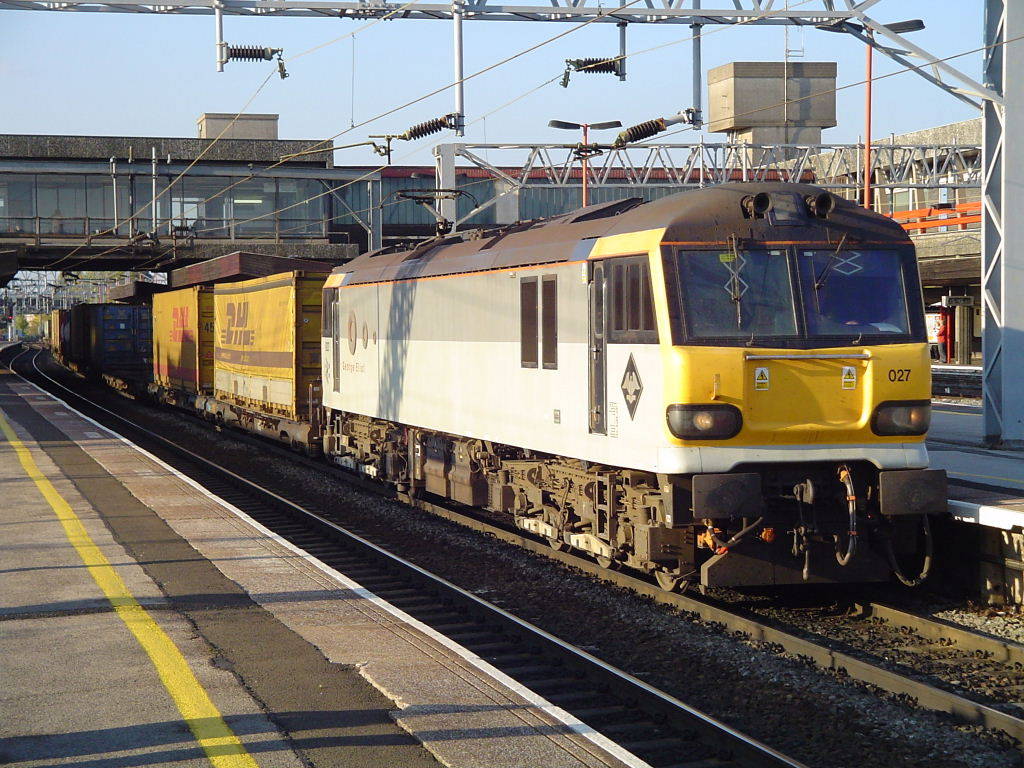 The Class 92 is a dual-age British railway which can run on 25 kV AC from overhead wires or 750 V DC from a . It was designed specifically to operate services through the between Britain and . indicates the Class 92 locomotive as the reference for other locomotives which railway undertakings might want to get certified for usage in the Channel tunnel.

The fleet of 46 locomotives was built by a consortium of and ABB Traction, which is now part of . Parts construction was sub-contracted, with only final construction and commissioning being undertaken at Brush's erecting shops at between and (First unit was produced from 1992, and was finished in April 1993)

The bodyshells, shared with the similar looking Class 60 s but with a modified front end, were fabricated by Procor of and delivered pre-painted in then standard triple grey livery. [ [http://www.thejunction.org.uk/cl60.html rolling stock : class 60 ] ] Propulsion is provided by two ABB traction converters using GTO devices, with control via an ABB MICAS-S2. Maximum power is 6760 hp (5 MW) on 25 kV or 5360 hp (4 MW) on 750 V; with a tractive effort of 360 kN.

The locomotive is fitted with both ic and regenerative brakes, in addition to standard westinghouse air brake equipment. A Train Bus is fitted to enable two locomotives to work in multiple formation, either or push-pull passenger train with a or DBSO.

Prior to introduction to service, two locomotives (92001 and 92002) were extensively tested at the Czech Railway's test track at Velim near Kolin. One locomotive was temporarily moved from here to Vienna Arsenal for climatic testing.

The majority of the class are named after European composers and writers. Ownership is split between EWS, European Passenger Services (Eurostar) and SNCF.

During 2000 Eurostar (UK) offered their seven members of the class (92020 / 021 / 032 / 040 / 044-046) for sale being surplus to requirements with the non commencement of sleeper services through the Channel Tunnel. However no buyer could be found so they have now been decommissioned and stored at Crewe International electric depot. Five of these locomotives have now been purchased by Eurotunnel to be used by their rail freight undertaking for short haul rail traffic in France. [ [http://www.eurotunnel.com/ukcP3Main/ukcCorporate/ukcMediaCentre/ukcNewsReleases/ukcNews2007/ukcFebruary2007/ukpPr0702DevelopmentForEuroporte2.htm Development for Europorte 2: Eurotunnel buys five Class 92 locomotives ] ] The class is also notable in that the last train ever to travel under was hauled by Class 92 92003 .