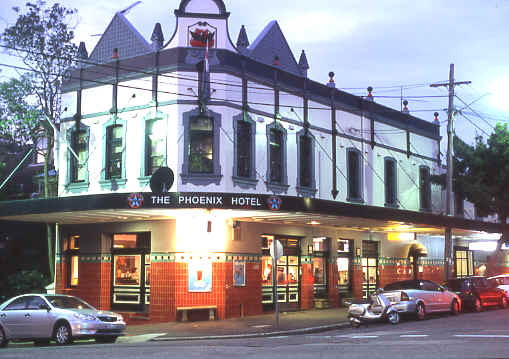 Woollahra is a in the Eastern Suburbs of , in the state of , . Woollahra is located 5 east of the , in the local government area of the . The Municipality of Woollahra takes its name from the suburb but its administrative centre is located in Double Bay. Woollahra is famous for its quiet, tree-lined residential streets and village-style shopping centre.

Woollahra is an Aboriginal word meaning "camp" or "meeting ground" or "a sitting down place". It was adopted by (1821-1902), the first speaker of the legislative assembly of New South Wales, when he laid the foundations of Woollahra House in 1856. It was built on the site of the old Henrietta Villa (or House). Cooper and his descendants were responsible for the establishment and progress of the suburb and its name was taken from the house. [Book of Sydney Suburbs, Frances Pollon (Angus and Robertson) 1990, p.273]

Among the cafes and restaurants are a number of antique shops and art galleries. The suburb is also the location of many government consulates, including , , , and .

One of the more prominent churches, All Saints in Ocean Street, was designed by and built from 1874-1881. The church was never entirely finished; it includes a porch that was meant to be a base for a tower and spire, which was designed but never built. It is constructed predominantly of dressed sandstone and is now listed on the . It has been described as "a beautifully designed and crafted parish church that has important connections with many famous Australian families." [The Heritage of Australia, Macmillan Company, 1981, p. 2/138]

A stylistic contrast is provided by the Holy Cross Church in Adelaide Street. This brick church was designed by Austin Mackay and built in 1940. It is a rarity insofar as it is an Art Deco church, which is unusual enough, and it also shows the influence of Dutch architecture. [Sydney Architecture, Graham Jahn (Watermark Press) 1997, p.141]

Woollahra is an affluent suburb of Sydney, due in part to the proximity to the city and views of Sydney Harbour. It features some very prominent addresses, such as those on Moncur Street, Queen Street and Jersey Road.

In the 1970s, there was a fair held in Queen Street. Initially a community fair, it grew and became more commercial until local residents became unhappy with the noise and size and it was ceased in the early 1980s.