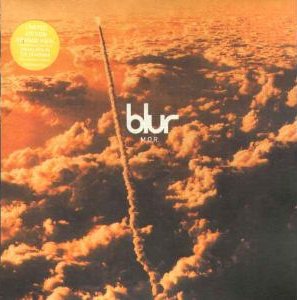 The song's chord progression was borrowed from 's "" and "Fantastic Voyage", and it is perhaps the most straightforward example of Bowie's influence on the band. On the album "Lodger" Bowie and collaborator carried out a musical experiment in which multiple songs were written with the same chord progression, of which "Boys Keep Swinging" and "Fantastic Voyage" were the two that surfaced. M.O.R is both a continuation of, and tribute to that experiment, as its chorus also lifts the melody and call-and-response vocals from Boys Keep Swinging (Bowie and Eno both received credit for "M.O.R.").

"M.O.R." itself stands for "middle of the road", which appears in the lyrics.

The song's video was directed by and is considered one of the most expensive videos the band ever made. It was shot in , , and follows the misadventures of the band members (or rather, stuntmen in s pretending to be them) as they try to escape from the police. It also features cameos by stunt choreographer as a helicopter pilot, and actor as a truck passenger. The video is included in the DVD/VHS released on October 30, 2000.The 'actors' in the video are all anagrams of the member of the band they play. They are as follows:
* Morgan C. Hoax - Graham Coxon
* Lee Jaxsam - Alex James
* Trevor Dewane - Dave Rowntree
* Dan Abnormal - Damon Albarn

Notes:
*The UK and US 'Road versions' are different, the U.S. version using the same take as is used in the video while the U.K. version is closer in pace to the album version.
*The UK 7" is on orange vinyl.

*"M.O.R." (road version) and "Dancehall" produced by Stephen Street
*"Bustin' + Dronin'" and "Swallows in the Heatwave" produced by Blur