Take It Off (album)

Take It Off (album) 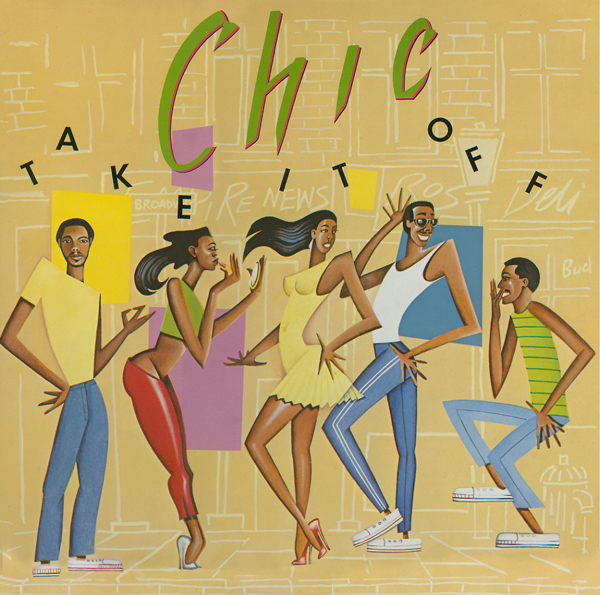 
"Take It Off" is the fifth by American R&B band Chic, released on in late 1981. The album includes the single "Stage Fright" which did reach #35 on the US R&B chart, it was however the first Chic single failing to enter the US Pop charts, and the "Take It Off" album only proved to be moderately successful as well, stalling at #124 on the US albums chart and #36 on the R&B chart.
"Take It Off" was one of three albums to be written and produced by and in 1981, the other two being Blondie lead singer 's debut solo album "" and ' "I Love My Lady" - which remains unreleased.
"Take It Off" was transferred to compact disc and re-released by / in 1991.
The album was digitally remastered and re-issued by in 2006.

"All tracks written by Bernard Edwards and Nile Rodgers."
Side A: