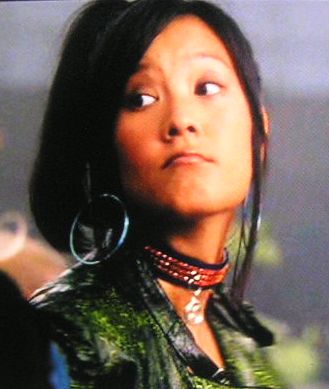 Walney Island, also known as the Isle of Walney, is the eighth largest marine in .

The island lies in the to the west of the peninsula in north-west England. Until 1974 both the island and the peninsula were a detached part of the county of but are now in , the island being part of the borough of Barrow-in-Furness to which it has been connected by bridge (Jubilee Bridge) since 1908. Until the bridge was built a ferry was used to transport the workers.

Despite not being joined to the mainland by bridge until 1908, axe and arrow heads that date from the have been found on Walney. So people have been living on the island for at least somewhere around 3,000 years. The name Walney comes from the valna ey, which means 'Isle of the British'. This name would have been given when Norse settlers were present in the area during the . One of the main areas of settlement, Biggar Village has been inhabited since at least the 11th century, as it is mentioned in the (as Hougenai).

The island is around eleven miles long and less than a mile wide at its widest point. Its total area is 5.01 square miles (12.99 km²). The island was developed to house workers of , with an area of the island retaining the name today.

Walney has a , an outdoor children's play area and two wildlife reserves (North:which is also declared a National Nature Reserve and South). There are a number of Sites of Special Scientific Interest, providing a habitat for s as well as many species of birds.

The island is said to be the windiest lowland site in England. [" [http://www.nwemail.co.uk/news/viewarticle.aspx?id=459955 ON THE CREST OF A WAVE] ," "Northwest Evening Mail" (26/01/2007).] Recently an offshore has been built 7km off the West coast of the island. The wind farm consists of 30 . Construction was completed in September 2006. There are plans for more wind farms with up to 100 off the coast. These ideas have been met with opposition among most locals as the Island is famous for its sunsets and views off the West coast and if the proposed number are built this may affect its popularity.

Walney Island has a small airport () located at the northern end of the island, home to the Lakes Gliding Club.

It has a population of approximately 13,000, making it the 7th most populated island in England. The four main settlements are:
*Biggar
*
*North Walney
*