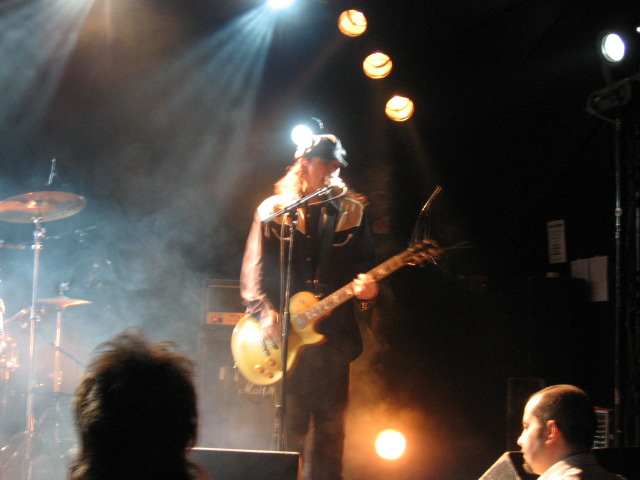 Jim Wilson is an American in the band Mother Superior and previously in the . He is a professional musician known for his soulful vocals and powerful blues-rock guitar work. He also plays guitar with .

Jim is from but currently resides in , .

A founder member of the blues rock trio Mother Superior who as a band have worked with , , , , , Anthrax, Wayne Kramer, George Clinton, and . They were also approached by in 1999 and asked to become 3/4 of the , an offer which they accepted.

*Jim's band Mother Superior has recently released their eighth studio album "Three Headed Dog".
*Jim has made live appearances with , notably in 2008 during the Sparks Spectacular where they played each of their 21 albums in its entirety over 21 nights in London.
*Along with the other members of Mother Superior, Jim has recorded and appeared with / producer in 2006/2007.