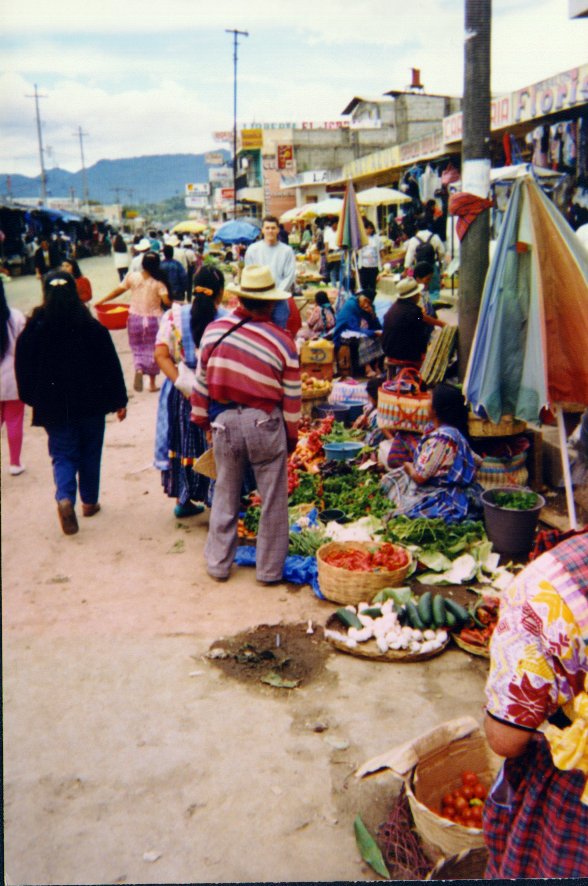 is the most populous of the Central American countries with a GDP per capita roughly one-half that of Argentina, Brazil, and Chile. The agricultural sector accounts for about one-fourth of GDP, two-fifths of exports, and half of the labor force. Coffee, sugar, and bananas are the main products, with sugar exports benefiting from increased global demand for ethanol. The 1996 signing of peace accords, which ended 36 years of civil war, removed a major obstacle to foreign investment, and Guatemala since then has pursued important reforms and macroeconomic stabilization. On 1 July 2006, the Central American Free Trade Agreement (CAFTA) entered into force between the US and Guatemala and has since spurred increased investment in the export sector. The distribution of income remains highly unequal with about 29% of the population below the poverty line. [ [http://www.eclac.org/cgi-bin/getProd.asp?xml=/publicaciones/xml/1/21981/P21981.xml&xsl=/dds/tpl-i/p9f.xsl&base=/tpl/top-bottom.xslt Poverty, hunger and food security in Central America and Panama ] ] Other ongoing challenges include increasing government revenues, negotiating further assistance from international donors, upgrading both government and private financial operations, curtailing drug trafficking and rampant crime, and narrowing the trade deficit. Given Guatemala's large expatriate community in the United States, it is the top remittance recipient in Central America, with inflows serving as a primary source of foreign income equivalent to nearly two-thirds of exports.

's for 2000 was estimated at $19.1 billion, with real growth slowing to approximately 3.3%. After the signing of the final peace accord in December , Guatemala was well-positioned for rapid economic growth over the next 10 years.

Guatemala's economy is dominated by the private sector, which generates about 85% of GDP. Agriculture contributes 23% of GDP and accounts for 75% of exports. Most manufacturing is light assembly and food processing, geared to the domestic, U.S., and n markets. Over the past several years, tourism and exports of textiles, apparel, and nontraditional agricultural products such as winter vegetables, fruit, and cut s have boomed, while more traditional exports such as , s, and continue to represent a large share of the export market.

The United States is the country's largest trading partner, providing 41% of Guatemala's imports and receiving 34% of its exports. The government sector is small and shrinking, with its business activities limited to public utilities--some of which have been privatized--ports and airports and several development-oriented financial institutions. Guatemala was certified to receive export trade benefits under the United States' (CBTPA) in October , and enjoys access to U.S. (GSP) benefits. Due to concerns over serious worker rights protection issues, however, Guatemala's benefits under both the CBTPA and GSP are currently under review.

Import tariffs have been lowered in conjunction with Guatemala's Central American neighbors so that most fall between 0% and 15%, with further reductions planned. Responding to Guatemala's changed political and economic policy environment, the international community has mobilized substantial resources to support the country's economic and social development objectives. The United States, along with other donor countries--especially , , , , , and the international financial institutions--have increased development project financing. Donors' response to the need for international financial support funds for implementation of the Peace Accords is, however, contingent upon Guatemalan government reforms and counterpart financing.

Problems hindering economic growth include high rates, illiteracy and low levels of , and an inadequate and underdeveloped capital market. They also include lack of , particularly in the transportation, s, and electricity sectors, although the state telephone company and electricity distribution were privatized in . The distribution of income and wealth remains highly skewed. The wealthiest 10% of the population receives almost one-half of all income; the top 20% receives two-thirds of all income. As a result, approximately 29% of the population lives in , and 6% of that number live in extreme poverty. Guatemala's social indicators, such as infant mortality and illiteracy, are successively improving, but remain in low growth and are still among the worst in the hemisphere.

In 2005 Guatemala ratified its signature to the Dominican Republic-Central America Free Trade Agreement (DR-CAFTA) between the and several other Central American countries.