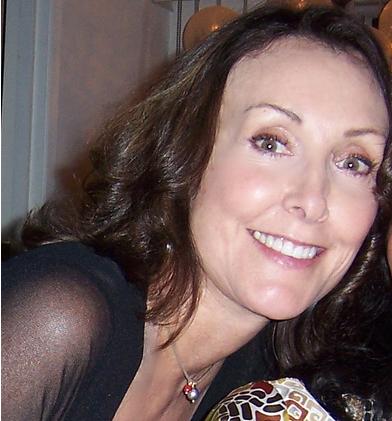 Her most notable characters on "The Simpsons" include Agnes Skinner, Brandine Spuckler, and Lindsey Naegle, while her performance as Mom is her most notable "Futurama" role. Tress MacNeille became the voice of in 1999.

MacNeille has also provided voices on numerous other television shows and cartoons such as "" and "", listed below, as well as dubbing work on translations. She was also the voice of Leon from "Lilly the Witch".

MacNeille sang and appeared in the music video (as ) with on his song, "Ricky", which was based on the "" television show and parodied the song "Mickey". MacNeille also appeared on Yankovic's 1999 album, "Running with Scissors", on "Jerry Springer".

Voices on "The Simpsons"

* Agnes Skinner, 's mother
* Lindsey Naegle, the generic businesswoman (though she is often used as a TV network executive character in such episodes as , , and )
* Dolph, one of the three bullies (along with Jimbo Jones and Kearney Zzyzwicz); has red hair cut asymmetrically and wears a green shirt.
* Brandine Spuckler, 's wife
* Cookie Kwan, a territorial Asian American realtor who threatens anyone who tries to sell houses on "the west side" (since "the west side" is her territory).
* Ms. Albright, the Sunday School Teacher seen in and .
* Mrs. Glick, the elderly shut-in lady (replacing original voice actress )
* Bernice Hibbert, the recovering alcoholic wife of
* Brunella Pommelhorst, the stern school gym teacher (first mentioned by name only in season six's )
* Poor Violet, the little orphan girl
* Crazy Cat Lady, a psychotic old lady surrounded by pet cats she uses as weapons (was once an aspiring doctor/lawyer named Eleanor Abernathy whose future went downhill when she succumbed to alcoholism and became obsessed with cats)
* Gino Terwilliger, Sideshow Bob's son seen in the season 17 episode, "".
* Lunchlady Doris in the season 18 episode, "The Mook, the Chef, the Wife, and Her Homer" and the season 19 episode, "", replacing .
* Manjula Nahasapeemapetilon, 's wife (only for the season 13 episode ; Manjula is usually voiced by former SNL castmember )
* Belle, the burlesque house Madam from
* Mrs. Muntz, 's mother (first heard in , first seen in )
* Plopper, Homer's pet pig from ""
* Colin, Lisa's boyfriend from ""
* Various other characters

In the "" episode of "", which originally aired on , , Bart raises a prize-winning calf named Lou that is destined to be slaughtered. He agonizes over this and believes he can hear Lou calling to him. When Bart discovers that the noises he was hearing were coming from a CD player planted under his bed by Lisa, not from Lou, he exclaims, "Anguished Animals III"? That wasn't my conscience mooing, it was...Tress MacNeille!" A further play on this occurs at the end of the episode where Homer muses that the computer PA system "sounds like Tress MacNeille!"