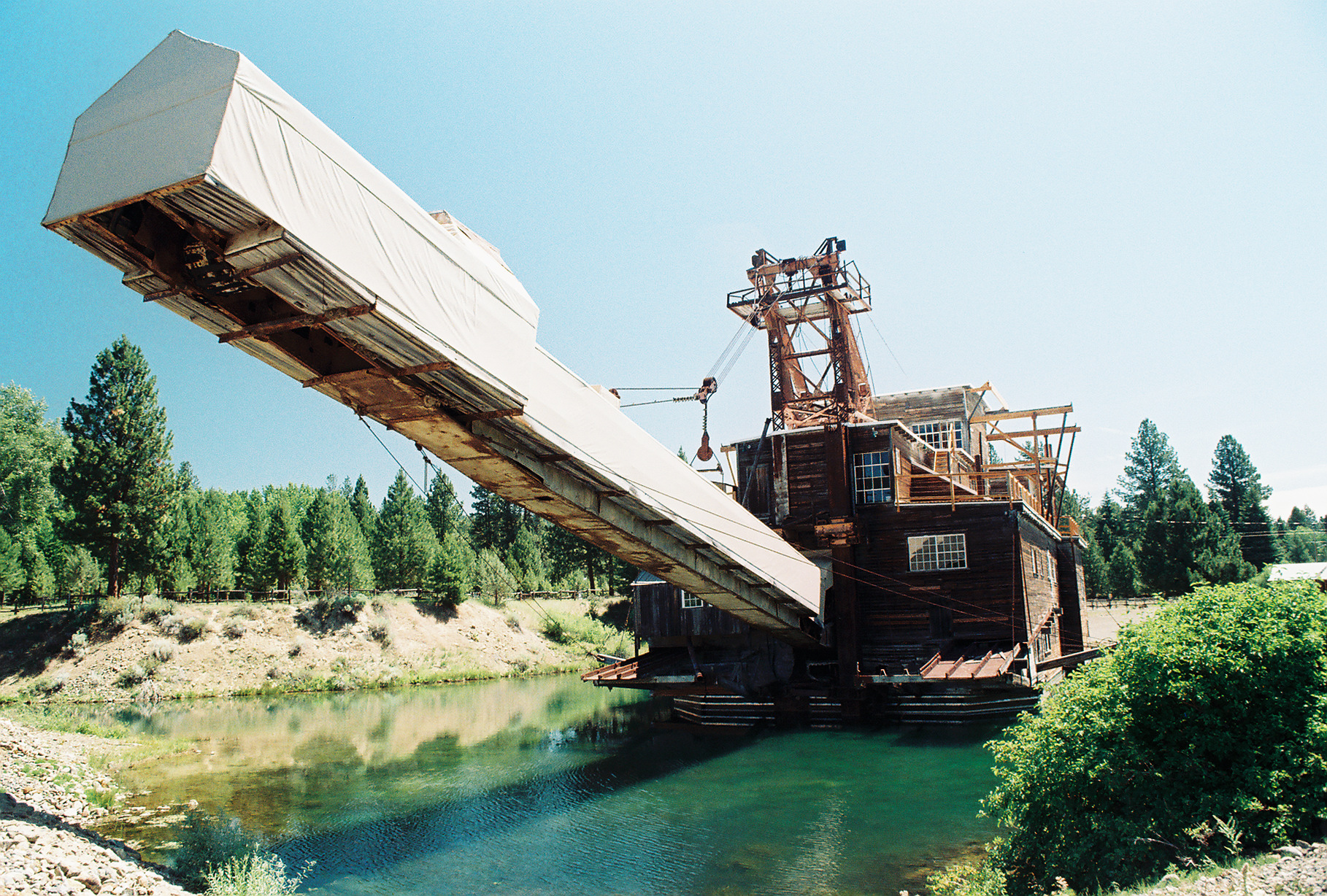 The Sumpter Valley Gold Dredge is a historic located in , . The dredge was built during the that consumed most of the western states throughout the mid 1800s. Gold was discovered in Sumpter in 1862, but the advent of using a large machine to perform in Sumpter Valley did not occur until 1912. Three dredges were built between 1912 and 1934.

A gold dredge works by having large buckets that pull the gold-bearing earth up into its machinery to be processed, keeping the gold and spewing the waste (known as "tailings") out the back by way of a stacker. Built on a shallow hull, these dredges did not need a lot of water to operate, as they moved their pond of water with them.

The internal mechanics were not very sophisticated—they duplicated, on a larger scale, many of the devices used by placer mining throughout the gold rush, such as the gold pan and the box. In essence, the dirt that was dug by the large electrically powered buckets was sifted and sorted, and the remainder was washed over a series of riffles allowing the gold to settle and be trapped. The primary advantages that made the dredge more efficient than other methods were the volume of earth it could process and having its own water supply. The dredge that was built in Sumpter Valley could dig over 20 buckets per minute, consuming more than seven yards of earth each minute.

The has preserved this historic area as the Sumpter Valley Dredge State Heritage Area.