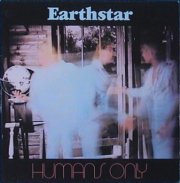 "Humans Only" is the fourth full-length album by the American electronic band Earthstar. It was their third and final release for , based .

"Humans Only" was result of a partnership between Earthstar founder and Utica, -based guitarist and songwriter , who replaced longtime guitarist on this album. "Humans Only" presented a far more conventional, softer, more guitar oriented sound than previous releases. It is also the last album on which the , the rarest of tape loop keyboard instruments, was played by Wuest. The two tracks with "funk" in the title aren't really funk at all but they do reveal a more playful side to Earthstar's mainly .

The track "Indian Dances" was originally recorded in as part of the "Sleeper, the Nightlifer" sessions. That album was never released and a shorter, somewhat pared down version was recorded for "Humans Only".