The match, "an apparent mismatch",[1] was a huge upset in European football; it has been described as "the pinnacle of Norwich City's history" and it was the only defeat ever inflicted by a British club on Bayern Munich in their Olympic stadium.[2] That it was Norwich that inflicted the defeat was startling: Norwich were "mere babes at this level",[3] and, according to Norwich player Jeremy Goss, "There's no doubt Bayern assumed it would be easy".[4]

The second leg was played on 3 November 1993 and was drawn 1–1, meaning that Norwich won the tie 3–2 on aggregate. They went on to be defeated by eventual champions Internazionale in the third round.[5][6] 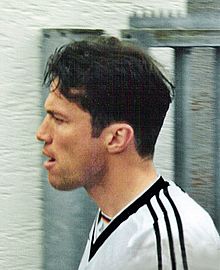 By contrast, Bayern were regular competitors in European competitions. The club had, at the time of the tie, won four European trophies,[10] as well as 12 German titles,[11] and a host of domestic cups.[12] Moreover, Munich were to go on to win the Bundesliga once again that season.[12] Norwich's victory was, by the time that Bayern Munich moved to a new stadium, the only win at the Olympic Stadium by any visiting team in UEFA club football.[13]

Norwich striker Chris Sutton's father, Mike, recalls that pundits had predicted an overwhelming win for Bayern Munich: "I remember Alan McInally predicting that Bayern were going to win by about ten."[14] The apparent mismatch between the sides led to an expectation of an overwhelming Munich victory. In The Times, columnist Martin Samuel summarised the situation: "The Germans had never lost at home to an English side and Norwich's expedition was regarded as little more than an exotic day out with a football match attached".[15] This perception couldn't help but reach the players, which was to be significant. According to Norwich player, Jeremy Goss, before the match, "everyone around us was saying we would do well to keep it down to three or four nil".[16] Both camps were to respond to this feeling, in a manner that has subsequently been viewed as contributory to the eventual result.

In the days leading up to the match, Norwich manager, Mike Walker, remained resolutely optimistic: "Clearly nobody had alerted Walker to the doomed nature of his mission ... the day before the game he was telling anybody who would listen that he fancied it".[15] Walker had focused his attention on an unlikely weak link in Munich's team: Lothar Matthäus was the captain of Germany, a player with a distinguished pedigree in European football. He had won most of the major honours available to him, including the most recent World Cup,[17] the Ballon d'Or,[18] and the FIFA World Player of the Year.[19] Yet by now Matthäus was 32 years old,[20] perhaps past his best.[citation needed] He was no longer playing in the position of midfield in which he had enjoyed so much success for club and country, he was operating for Munich as a sweeper.[21] "With the bravado of a European novice it was Walker's opinion that ... [Matthäus] wasn't good enough. Delightfully, he was right".[15]

The Independent assessed Norwich's tactics as follows: "Walker has introduced a sweeper system and given it a positive face. Three defenders patrol the spaces in front of Ian Culverhouse while Mark Bowen advances to add his control and passing ability to the forward momentum".[22] 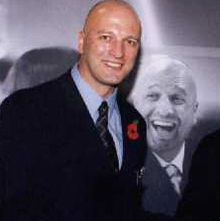 A feeling that the German side was arrogantly expecting victory was picked up on and utilised by the Norwich team. Bryan Gunn recalls:

It was disappointing that the Bayern management didn't show us any respect, there was an air of arrogance about them. We used that as a stimulus.[23]

Some 12 minutes into the match Rob Newman's floated cross was headed away weakly by a back-pedalling Matthaus, towards the edge of the Bayern Munich penalty area. It fell straight into the path of Jeremy Goss. "I didn't have to adjust my stride, I just hit it on the volley with my right foot. It was as sweet as anything", said Goss.[16] The result was "a screaming 20-yard volley" into the top left hand corner of the net.[15]

After 26 minutes, a serious injury forced striker Mark Robins off. He was replaced by Daryl Sutch, but just three minutes later, Ian Crook knocked a free kick from the half way line towards the back post. Chris Sutton and Oliver Kreuzer jumped for the ball, which floated over their heads. Stealing in behind both of them, Mark Bowen met the ball with a stooping header, which flew past a stranded Raimond Aumann, giving Norwich a two goal lead. A shocked John Motson commented, "And Norwich are two up. This is almost fantasy football!".[24][25]

In the 40th minute, Munich pressure told when a cross from Jorginho was converted by Christian Nerlinger. Nerlinger beat Spencer Prior to the ball and successfully steered his header inside Bryan Gunn's left hand post.

After the interval, most of the game was contested in the Norwich half, with Matthaus in particular proving to be instrumental in orchestrating many of the Bayern Munich attacks. After 70 minutes, Matthaus forced Gunn to save, low to his right with an effort that took a deflection. The subsequent corner ended with Jorginho curling a low cross into a crowded penalty area, where Adolfo Valencia's header from just six yards out was saved by Gunn. The resulting rebound from Kreuzer came to nothing as he fired over the crossbar.

At the final whistle, Norwich were confirmed as the first club to defeat Munich in the Munich Olympic Stadium in European competition. In 2006, Bayern moved to the Allianz Arena, thus sealing this record.

When the final whistle blew, Walker gave his team hugs on the pitch, but warned them that they had "a tough game still to come at Carrow Road".[22] The British media were less guarded: "'Jerry sinks the Gerrys' was the inevitable headlined salute to Jerry Goss, Norwich's longest servant"[22]

Bayern Munich's defeat by Norwich was a shock result. Reflecting on the improbability of such a result, FourFourTwo wrote, "The news that Norwich had gone 2–0 up in the Olympic Stadium seemed frankly surreal".[26]

The match has thus achieved considerable notability in the history of Norwich City, described as "arguably their finest hour" by the BBC.[2] The Daily Telegraph called it "their finest performance",[27] while The Independent described it as "the pinnacle of Norwich City's history".[28] John Motson commented that the match marked "the rise of Norwich City from provincial respectability to European admiration. It was the refreshing impact of loyal, unsung players... that made City's continental capers so appealing".[29]

When analysing the reasons for the result, The Independent laid the blame for the Germans' defeat on their attitude — which was blatant:

They paid the price of underestimating the opposition while embarrassment for one official was total after saying on the eve of the game, and in Walker's hearing, that they wanted a trip to Tenerife in the third round.[22]

The return leg was played on the 3 November 1993. Ade Akinbiyi made his début in this game,[30] in front of a crowd of 28,829.[citation needed] Following an early goal by Adolfo Valencia that brought the aggregate score to 2–2,[3] Goss's second goal of the tie meant a 1–1 draw.[3] Norwich thus won the tie 3–2 on aggregate and qualified to face Internazionale in the third round.[31] Inter beat Norwich 2–0 on aggregate and went on to win the tournament.[31] Norwich went on to be relegated from the Premier League the following season,[7] and, to-date, Norwich have not qualified to play in European competition again.[7] In contrast, Munich won the German championship again that season,[32] and have subsequently won two UEFA competitions, including the Champions League in 2001.[33]

In 2008, a poll, conducted by Norwich City recognised Goss's first leg goal as the greatest Norwich goal of all time,[34] "a goal that is remembered up and down the country by football fans". More than 3,000 fans voted in "Norwich City FC's Greatest Ever".[34]