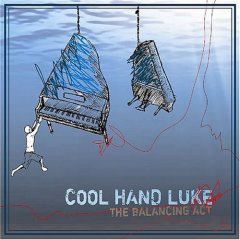 "The Balancing Act" is a compilation album by indie rock band Cool Hand Luke. It contains songs previously released on the band's albums, EP, and vinyl, plus three new songs. It was released in on .