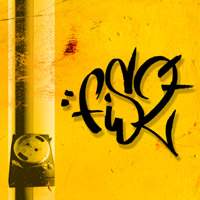 Polepione dźwięki is the first solo album by rapper and alternative artist . The album is widely considered as a breakthrough on Polish hip-hop scene and received very positive reviews. Instead of dealing with joint smoking and women as many hip-hop artist did at a time, Fisz touched the subjects such as shallow talk ("Bla, bla, bla"), money ("D.C.P."), love ("Drewno"), aggression and hate ("Nienawiść"). Fisz sources as an inspiration in making of this record.

In 2000 it was nominated to Hip-hop Album of The Year at Fryderyk Awards.