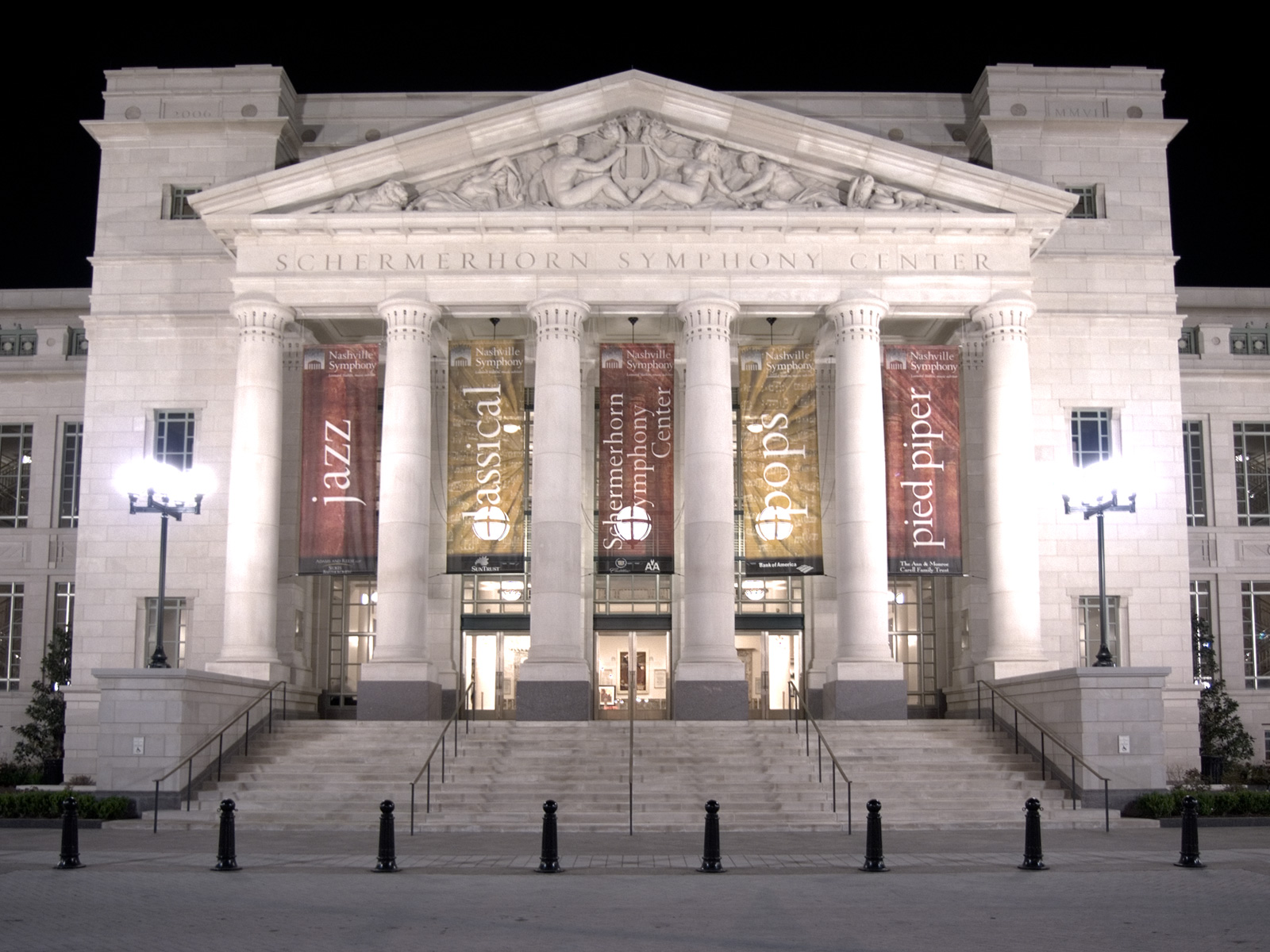 The Schermerhorn Symphony Center is a symphony center in downtown . It opened with its first concert in the Laura Turner Concert Hall on , . Its opening night gala, conducted by and featuring , , Zakir Hussain, and Janice Chandler-Eteme, was broadcast live on PBS affiliates throughout the state. The main affiliate, Nashville's WNPT, celebrated the occasion by presenting the event in high definition, the station's first HD telecast. A selection from the complete concert was broadcast on the NPR program "", on , .

Ground was broken for construction of the Center on , .

The Center is named in honor of , who was the music director and conductor of the Orchestra from 1983 until his death in 2005. The center was named before his death.

At the center of the Schermerhorn Symphony Center is the convert|30000|sqft, 1,872-seat Laura Turner Concert Hall, which is home to the Orchestra. Modeled after the "shoe box design" of storied concert halls such as the in and the in , the Hall is one of only a few such venues in the world to feature natural lighting, which streams in through 30 soundproof, double-paned windows that ring its upper walls. Intricate symbolic motifs appear throughout the Hall and the rest of the Center, including irises (the Tennessee state flower), s (a tribute to the late Laura Turner's love of horses) and s (representing Nashville's Cheek family of Maxwell House fame).

The Center's neoclassical exterior belies the technological and acoustical advances embodied inside. For example, the orchestra level seats are mounted on several motorized wagons that can be driven forward and lowered through the floor on spiral lifts, revealing an ornate Brazilian cherry and parquet floor and enabling the Hall to be converted from a concert hall into a ballroom in approximately two hours. Further, dozens of motorized acoustic drapes and panels can be quickly adjusted to predetermined positions in order to accommodate many styles of acoustic and amplified music. Finally, those inside the Hall are spared the intrusion of the inevitable downtown noises by an acoustical isolation joint that encircles the entire Hall and prevents sound waves from traveling into or out of the Hall.

The design architect is David M. Schwarz / Architectural Services of , with Earl Swensson Associates of Nashville as architect of record.