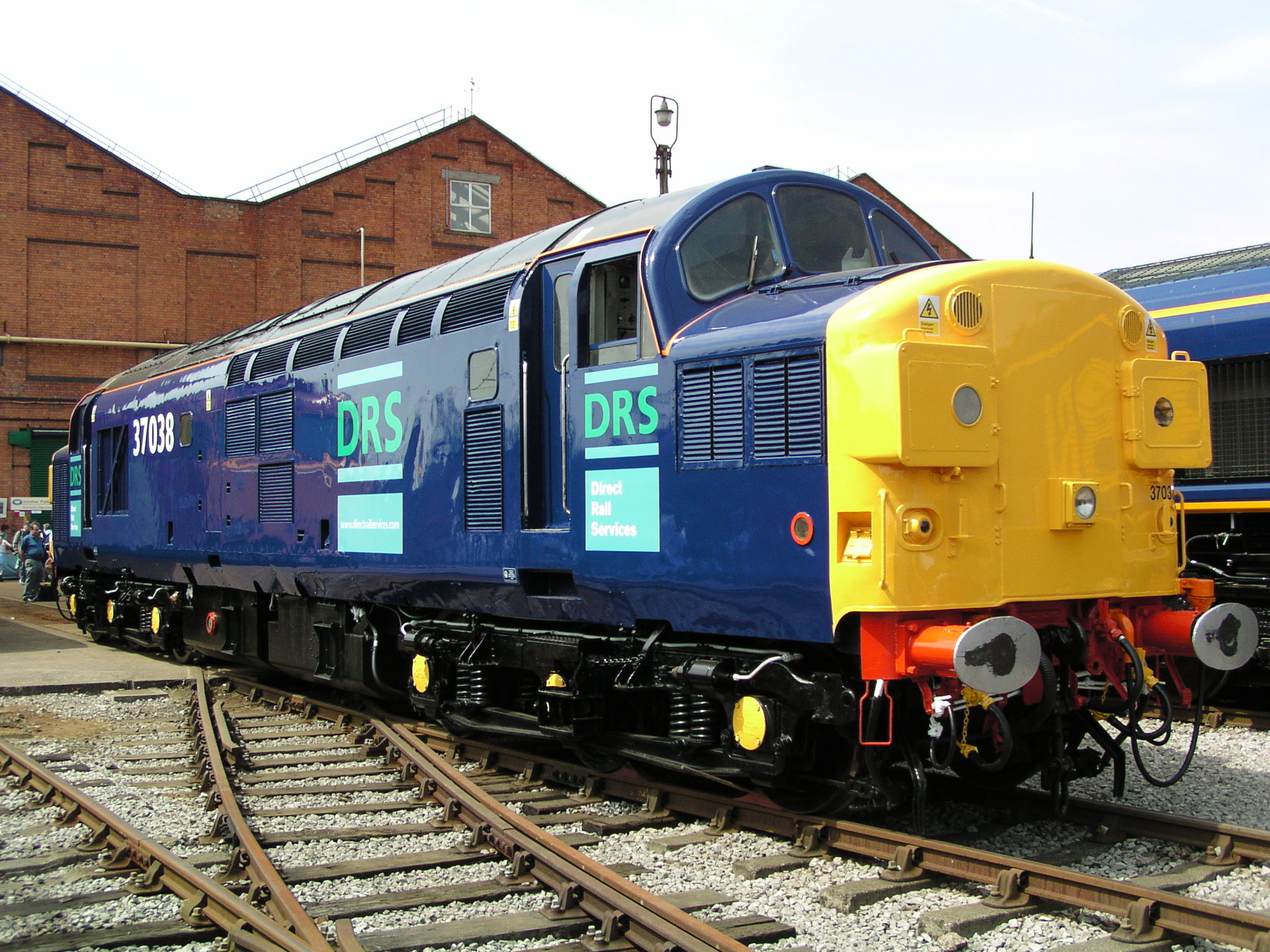 The Class 37 is a . Also known as the English Electric Type 3, the Class was ordered as part of the British Rail modernisation plan.

The Class 37 became a familiar sight on many parts of the British Rail network, in particular forming the main motive power for Inter-City services in and within . They also performed well on secondary and inter-regional services for many years. The Class 37 is known by railway enthusiasts as a "", the derived from the similarity of the sound of the locomotive.

In the 1980s many locomotives were refurbished, which has meant the Class 37 fleet is one of the longest surviving classes on British railways. However, the introduction of new Class 66 locomotives has meant many 37s have been withdrawn or scrapped. The last few British examples are operated by (English Welsh & Scottish) and , who retain small fleets, with several examples also operated by spot-hire companies. However, second-hand Class 37s have also proved popular in the export market, with some examples currently operating in and (serving the construction of these countries' high-speed railway networks).

The Class was designed for both passenger and freight work and was as much at home hauling heavy goods trains as it was on passenger services (indeed, in 1966 the Western Region even tried modifying some of its 37s for 100mph operation). Many of the original locomotives were fitted with boilers for steam heating. With the withdrawal of many Type 2 and Type 3 locomotives in the 1980s the 37s were selected as the standard Type 3 and many of the fleet were given a heavy overhaul to prolong their life into the 1990s and beyond. Some were fitted with electrical train heating (ETH) equipment in the 1980s to become the 37/4 sub-class, initially for use on the and Far North lines but later seeing use in other parts of the country.

A number of locomotives were rebuilt as Class 37/9 in the late 1980s to evaluate Mirrlees and Ruston engines for possible use on a new Class 38 freight locomotive. These 'Slugs' were heavily ballasted to improve traction and had excellent load-hauling capabilities, but the Class 38 (understood to be a 'modular' locomotive based on the approach that gave rise to the Class 58 and the unbuilt Class 88 electric loco) was never built.

The Class 37 has a relatively low axle loading for its size and power. With the withdrawal of most of the smaller types of diesel locomotive, this left them as the only mainline type available in significant numbers for lines with weight restrictions, and for a number of years they handled almost all locomotive-hauled services on the West Highland Line, the lines north of () and in parts of . The Class 37 has Route Availability 5 and this is one of the main reasons they are still in use on the network.