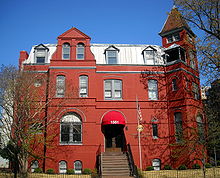 A military attaché is a military expert who is attached to a diplomatic mission (an attaché). This post is normally filled by a high-ranking military officer who retains the commission while serving in an embassy. Opportunities sometimes arise for service in the field with military or naval forces of another nation.

The functions of a military attaché are illustrated by the American military attachés in Japan during the war[which?] years. A series of military officers had been assigned to the American diplomatic mission in Tokyo since 1901 when the U.S. and Japan were co-operating closely in response to the Boxer Rebellion in China. The military attaché advised the United States Ambassador to Japan on military matters, acted as a liaison between United States Army and the Imperial General Headquarters, and gathered and disseminated intelligence. The military attaché's office in Tokyo usually had two assistants and a number of "language officers" who were assigned specifically to learn Japanese while attached to Imperial Japanese Army regiments as observers. These "language officers" translated training and technical manuals and reported on conditions in Japanese military units.[1]

During the Russo-Japanese War (1904-1905), military and naval attachés from many Western military organizations served as observers with the land and naval forces of Russia and Japan. The United States Army detailed eight officers to serve military attachés with opposing forces in the field; and all served from the start of hostilities in 1904 through the signing of the peace protocols in September 1905.[2] After the war, the reports of British officers attached to the Japanese forces in the field were combined and published in four volumes.[3] During this conflict, some attachés served primarily in Manchuria, and others served primarily in Tokyo. Some, like Italian naval officer Ernesto Burzagli saw service both at sea and in Tokyo.