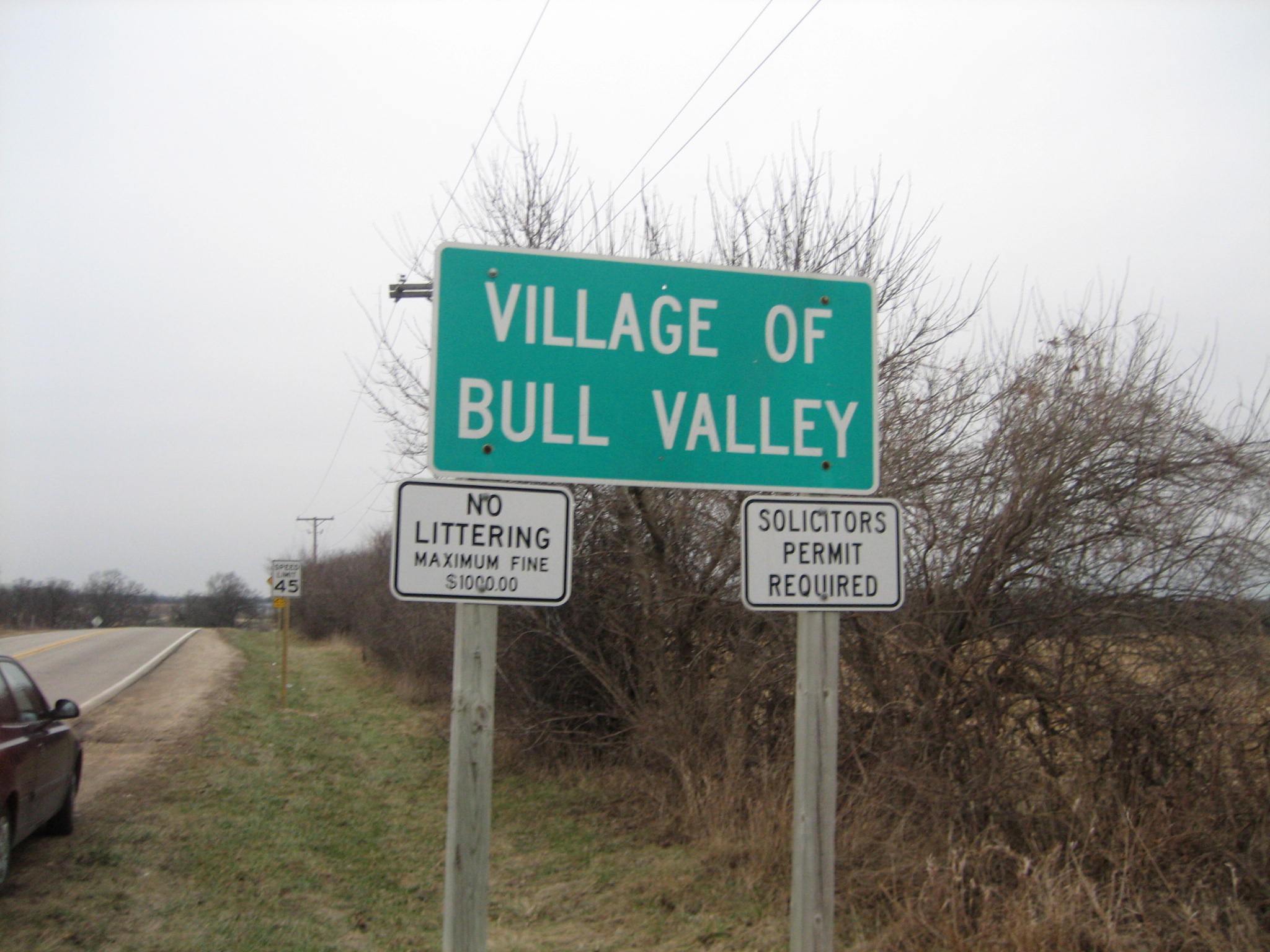 The village of Bull Valley is a village in McHenry County, , . The population was 726 at the 2000 census. [ [http://www.city-data.com/city/Bull-Valley-Illinois.html City data. 2000 census information] Retrieved on ]

McHenry County has gently rolling, glaciated terrain. Some of the County's larger hills border the rural area of East Central McHenry County between Crystal Lake, McHenry, and Woodstock. This area has long been called "Bull Valley." McHenry County was one of the fastest growing counties in the U.S. each decade from 1920 to 2000.Fact|date=February 2007 Illinois law allows county government to rezone property to allow dense housing subdivisions without regard to the desires of existing residents, unless that property is located near a city or village.Fact|date=February 2007 The Bull Valley Association hosted annual family parties as a social event. During one of these parties in the 1970s, several residents of the area decided to incorporate the Village of Bull Valley as a local government in order to have some slowing influence over the explosive growth of the area.

In the early years of the village, there was nearly no government infrastructure. Later, a small tax was assessed to provide for simple road repairs. By the 1980s, the village had hired a police officer part time who shared time with the neighboring village of Prairie Grove, organized for similar growth-slowing reasons. This provided more significant increases in village revenue. Still, Bull Valley never gained the speed trap reputation of Prairie Grove, or even McCullom Lake, likely because the roads were in such terrible shape.Fact|date=February 2007

Today the Village government occupies Stickney House, one of the oldest brick buildings in the area. This house was originally built without any corners due to the belief of the Stickneys that evil spirits could live in corners. While the village has grown, and even includes some subdivisions now, it remains rural, with areas of woods, farms, and low-density housing between the urban sprawl of Crystal Lake and McHenry. There is still no retail business in the village.

There were 268 households out of which 28.7% had children under the age of 18 living with them, 76.9% were married couples living together, 3.4% had a female householder with no husband present, and 19.0% were non-families. 15.3% of all households were made up of individuals and 8.6% had someone living alone who was 65 years of age or older. The average household size was 2.71 and the average family size was 3.04.