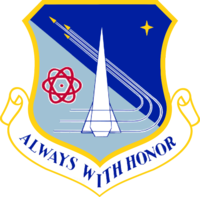 OTS is usually the second largest commissioning source in the USAF, coming in below AFROTC and above the United States Air Force Academy.

Interested applicants typically contact Air Force recruiters. Recruiters will provide application details; they will also schedule applicants for the Air Force Officer Qualifying Test (AFOQT). The test covers numerous batteries, assessing math, verbal, and analytical skills, as well as measuring pilot and navigator potential. To have a reasonable chance at acceptance, either AFOQT scores, college GPA, or previous pilot skills must be noteworthy. Applicants will be given an opportunity to apply for Air Force career fields that correspond with the applicants' expertise and/or desires. Applicants will be interviewed by active Air Force officers and will receive a medical examination. Applicants will be notified of acceptance or rejection by their recruiter. Applicants will enlist via the Delayed Enlistment Program, and will be assigned a class date. BOT is very competitive, with recent boards having selection rates below twenty percent. It is the commissioning source which is used to balance out officer manning as deemed necessary by the Air Force.

Per Air Force Instruction (AFI) 36-2013, personnel attending BOT must have a baccalaureate level degree or higher[1] in either technical or non-technical fields. Technical fields may include any ABET accredited Engineering degree and other fields in high demand by the Air Force. Non-technical degrees are more common, and therefore applying with a degree in such a field is very competitive. Applicants can apply for rated or non-rated positions. Rated positions are flying related -- Pilot, Combat Systems Officer, Remotely Piloted Aircraft Officer, or Air Battle Manager. Non-rated fall into 2 categories: non-rated ops, such as Intelligence or Weather, and non-rated support, such as Maintenance, Logistics, or Communications.

The first six weeks of training are geared toward orienting the OT with Air Force standards. The focus is on physical training, drill and ceremonies, and standardization. OTs will be expected to work with their fellow flight and squadron members to accomplish specific tasks as required by their Flight Commander and OT upperclassmen. They will attend classes in an academic environment. During these six weeks a trainee is called an underclassman or a lowerclassman.

The final six weeks of training focus on developing the upperclassmen as leaders and mentors for a new group of underclassmen. During the final weeks of training the trainees attend field training exercises, projects, small arms training, and building team skills by overcoming challenges in a simulated deployment environment.

To graduate, OTs must exceed physical standards (OTs track and train to these standards), academic standards, and military bearing standards. Military bearing includes the ability to write and brief, lead the flight, and perform duties within the OT Wing.

Upon graduation, graduates become Second Lieutenants (O-1 or O-1E if prior enlisted for 4 years and 1 day or more in any branch) in the United States Air Force.

COT is a 5-week course for professionals who have received a direct commission. Typically, these officers have degrees, such as M.Div., M.D., D.O., O.D., D.D.S., Pharm.D., Ph.D., B.S.N. MSW or J.D. in the case of chaplains, doctors, pharmacists, psychologists, nurses, social workers and lawyers, respectively. They often enter at an advanced rank, such as First Lieutenant (O-2) and sometimes as Captain (O-3) in compensation for their high level of education, and in some cases, experience. Officers can be commissioned up to the rank of Colonel (O-6) if they possess the level of experience necessary.

Both prior service and non-prior service Air National Guard (ANG) officer candidates attend officer training at the Academy of Military Science, Maxwell Air Force Base. Formerly, Air Force Reserve candidates would have also attended AMS. However, as of October 2007, the Commander of AFRC has mandated that Air Force Reserve officer candidates attend the same 12-week OTS as their active-duty counterparts. Because a majority of officer candidates in the Air Guard are former noncommissioned officers, and are therefore quite familiar with the customs, courtesies and traditions of the U.S. Air Force, the AMS course is 6 weeks long as opposed to the longer active duty OTS which is designed (as mentioned above) to teach many of these things to officer candidates who have not previously served in the Air Force. Graduates of AMS receive the same commission as their OTS counterparts in the Regular Air Force or Air Force Reserve. However, before one can even attempt the AMS program, he or she must first go through an application process with the National Guard Bureau. Previously, the only time one would be allowed to attend OTS as a reservist/guardsman was if the applicant was applying for a rated position, such as: Pilot, Navigator and Air Battle Manager. Air Force Times reported in a December 22, 2008 article that AETC and ANG plan to move AMS to Maxwell Air Force Base sometime in FY09 or FY10, and redesignate it ANGOTS. Plans are to have four 6 week classes of 125 students each, per year, with summers closed due to AFROTC Field Training also being consolidated there. This is to better align officer training with total force initiatives.

The History of OTS

The United States Army Air Forces established the Officer Candidate School (OCS) on February 23, 1942 at Miami Beach, Florida,[2] and its mission was to train and commission members from the enlisted ranks. OCS moved to the San Antonio Aviation Cadet Center (now Lackland AFB) in 1944 and gained the additional mission of training officers directly from civilian status in September 1951. OCS closed its doors with its last graduation in June 1963. OTS then became the sole organization for training officers at Lackland AFB.

OTS was organized at Lackland AFB, Texas in November 1959. The first OTS class (60-A) was composed of 89 trainees, including 11 women and were commissioned as 2nd Lt's on 9 February 1960. The number of OTS graduates has varied over the years, from 323 the first year to a high of 7,894 officers in 1967. See external links for the complete U.S. Air Force OTS Fact Sheet prepared by the Air University, Dec 2006.

In the 1960s, USAF Officer Training School (OTS) at Lackland AFB, Texas provided a 90 day program for college graduates to obtain a commission in the Air Force. All participants had enlisted in the Air Force, or were members of the Air Force Reserve or Air National Guard. The OTS program consisted of physical, academic, and military training. The OTS program went through many organizational and program changes. For example, OTS from Jan to Mar 1964 consisted of 3 groups; Group 1 at the Medina Annex, and Groups 2 and 3 at Lackland AFB. Each OTS class overlapped with 2 others. During the first half of the program, members of class 64-E provided the leadership. During the second half, members of class 64-F led class 64-G. OTS was expanded halfway through Class 64-F when the number of Squadrons per Group was increased from 4 to 6. In addition, the training shifted from lectures to seminars with from 10 to 15 per seminar group. The permanent party members of OTS were Officers and Non-commissioned Officers (NCOs) that administered and conducted the training. Graduates of OTS went on to their initial units or to additional schools for training as pilots, navigators, or communications-electronics officers. All graduates were commissioned as Second Lieutenants in the Air Force Reserve. Distinguished graduates became part of the Regular Air Force within a year. Other AF commissioning programs at this time included the United States Air Force Academy, AFROTC, and the ANG Academy of Military Science at McGee-Tyson Air National Guard Base, Tennessee. Until 1993, Officer Training School was located at Medina Annex attached to Lackland AFB. OTS is now located at Maxwell AFB, Alabama.