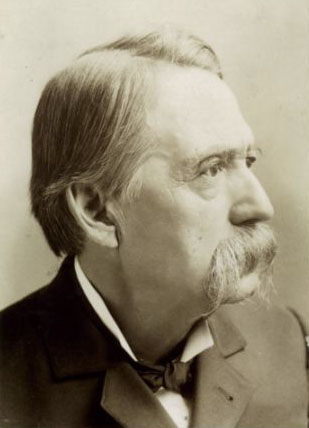 Thomas Dunn English (June 29, 1819 - April 1, 1902) was an American Democratic Party politician from who represented the state's 6th congressional district in the House of Representatives from 1891 to 1895. He was also a published author and songwriter, who had a bitter ongoing feud with .

English and author were bitter enemies. In 1846, amidst a public scandal involving Poe, , and , English and Poe got into a fistfight. English unintentionally punched Poe in the face, cutting him with a ring on his pinky. [Silverman, Kenneth. "Edgar A. Poe: Mournful and Never-ending Remembrance". Harper Perennial, 1991: 291. ISBN 0060923318] That same year, Poe harshly criticized English's work as part of his "Literati of New York" series published in "", referring to him as "a man without the commonest school education busying himself in attempts to instruct mankind in topics of literature". [Oberholtzer, Ellis Paxson. "The Literary History of Philadelphia". Philadelphia: George W. Jacobs & Co., 1906: 296.] The two had several confrontations, usually centered around literary caricatures of one another. One of English's letters which was published in the July 23, 1846, issue of the "New York Mirror" [Sova, Dawn B. "Edgar Allan Poe: A to Z". Checkmark Books, 2001: 81, 83, 91.] caused Poe to successfully sue the editors of the "Mirror" for libel. [Silverman, Kenneth. "Edgar A. Poe: Mournful and Never-ending Remembrance". Harper Perennial, 1991: 312-313. ISBN 0060923318] Poe was awarded $225.06 as well as an additional $101.42 in court costs. [Silverman, Kenneth. "Edgar A. Poe: Mournful and Never-ending Remembrance". Harper Perennial, 1991: 328. ISBN 0060923318] That year English published a called "1844, or, The Power of the S.F." Its plot made references to secret societies, and ultimately was about revenge. It included a character named Marmaduke Hammerhead, the famous author of "The Black Crow", who uses phrases like "Nevermore" and "lost Lenore." The clear parody of Poe was portrayed as a drunkard, liar, and domestic abuser. Poe's story "" was written as a response, using very specific references to English's novel. [Rust, Richard D. "Punish with Impunity: Poe, Thomas Dunn English and 'The Cask of Amontillado'" in "The Edgar Allan Poe Review", Vol. II, Issue 2 - Fall, 2001, St. Joseph's University] Another Poe revenge tale, "", may also reference English. [Benton, Richard P. "Friends and Enemies: Women in the Life of Edgar Allan Poe" as collected in "Myths and Reality: The Mysterious Mr. Poe". Baltimore: Edgar Allan Poe Society, 1987: 16]

After leaving Congress, he resumed his former literary pursuits in Newark. In 1896, he published "Reminisces of Poe", in which he hinted at scandals without specificity. He did, however, defend Poe against rumors of drug use: "Had Poe the habit when I knew him (before 1846) I should both as a physician and a man of observation, have discovered it during his frequent visits to my rooms, my visits at his house, and our meetings elsewhere – I saw no signs of it and believe the charge to be a baseless slander". [Quinn, Arthur Hobson. "Edgar Allan Poe: A Critical Biography". Baltimore: The Johns Hopkins University Press, 1998: 351. ISBN 0801857309]

English died April 1, 1902, and was interred in Fairmount Cemetery in Newark.