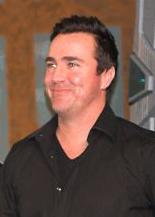 McGillion was born in , and his family moved to when he was only 2. When Paul was 11 the family moved back to Scotland for three years while his father worked on the Shetland Oil Rigs. He is the sixth of seven children and despite popular belief, does not speak with a Scottish accent except when with his family.

He also taught scene study at the Vancouver Film School in and . In 2004, McGillion took a role on the science fiction series "" as the Scottish , . He was initially cast as a recurring guest, but his character appeared so frequently in the show's first season that he was promoted to main character for seasons two and three, and reverts back to a recurring character for seasons 4 and 5. McGillion also played the part of young in ""'s first season episode "The Torment of Tantalus", the first Tau'ri to have passed through the Stargate after its burial.

He expressed great interest in auditioning for the role of in the upcoming eleventh Star Trek film. “I grew up watching Star Trek and Scotty was my favourite character. It would be a great honour to follow in James Doohan’s footsteps," he said. McGillion also had the endorsement of Chris Doohan, the son of original Scotty actor , to play the role of Scotty in the film. [ [http://www.dcthomson.co.uk/MAGS/POST/news5.htm The Sunday Post: News ] ] [ [http://www.gateworld.net/news/2007/10/mcgillion_up_for_star_trek_role.shtml GateWorld - McGillion up for 'Star Trek' role ] ] Though the part ultimately went to , McGillion will still appear in the film in a different role. [cite web|title=McGillion to appear in Star Trek XI|url=http://www.gateworld.net/news/2007/12/mcgillion_to_appear_in_star_trek.shtml|date=2007-12-14|accessdate=2007-12-15|publisher=]