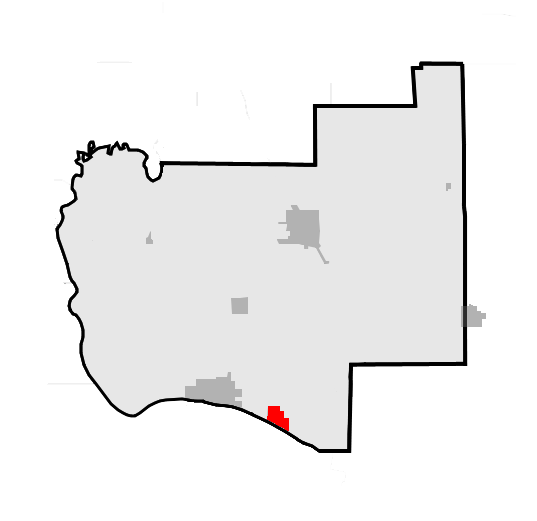 Elsah is a part of the region and the .

, a local lawyer, prominent politician and from , founded Elsah in and offered free lots to anyone who built houses with stone from his quarry. It is believed that he named the village of Elsah after Aisla Craig, the last outcropping his family saw as they departed for the .

Although Elsah has been described as the "New England of the Midwest," the village is not a prototype derived from 18th century colonial styles. Rather, the architecture found in Elsah demonstrates 19th century styles and fashions including , , , , , and . Elsah prospered as the main shipping point for the agricultural goods produced by the farmers of . The village's importance diminished with the coming of the railroad, later being revitalized when was established in the

The caused some significant damage to many of the village's structures.

Today, Elsah's close proximity to watching locations make it a popular destination during the fall and winter seasons. Elsah's location on the also makes it a popular stop for bicyclists enjoying the Great River Road in any season.

There were 69 households, out of which 23.2% had children under the age of 18 living with them, 49.3% were married couples living together, 8.7% had a female householder with no husband present, and 40.6% were non-families. 40.6% of all households were made up of individuals and 13.0% had someone living alone who was 65 years of age or older. The average household size was 2.04 and the average family size was 2.71.

Elsah includes Principia College, a four-year private college for . The campus area, known as the , was declared a in , and was placed on the that same year.

The Meeting of the Great Rivers Scenic Byway passes through Elsah.