The Royal Botanic Gardens Melbourne are internationally renowned botanical gardens located near the centre of Melbourne, Victoria, Australia, on the south bank of the Yarra River. They are 38 hectares of landscaped gardens consisting of a mix of native and non-native vegetation including over 10,000 individual species. They are widely regarded as the finest botanical gardens in Australia, and among the best in the world. However, the gardens are also noted for their historical contribution to the introduction of invasive species.

The Royal Botanic Gardens Melbourne are adjacent to a larger group of parklands directly south-east of the city, between St. Kilda Road and the Yarra River known as the Domain Parklands, which includes;

In 1846 Charles La Trobe selected the site for the Royal Botanic Gardens from marshland and swamp.

In 1857 the first director was Ferdinand von Mueller, who created the National Herbarium of Victoria and brought in many plants.

In 1873 William Guilfoyle became Director and changed the style of the Gardens to something more like the picturesque gardens that were around at that time. He added tropical and temperate plants.

In 1924 a shooting massacre occurred at the Gardens resulting in the death of four people.[1]

These plant groups have been chosen for their value, rarity, diversity and interest.

From the gardens establishment in 1846, much of the native vegetation was removed as botanists such as Baron Von Mueller planted a range of species from around the world. While initially much of the native wetlands and swamplands in the gardens were left, around the turn of the 20th century these were re-landscaped to create the Ornamental Lake. Despite this however, there are some large eucalypts remaining including the prominent Separation Tree, a 300-year-old River Red Gum, under which Victoria was declared a separate colony. In August 2010 the Separation Tree was attacked by vandals and it is not clear if it will survive.[2] The Royal Botanic Gardens, Cranbourne focus solely on Australian native plants.

The Royal Botanic Gardens Melbourne were initially intended to be a horticultural exhibition for the public to enjoy, many seeds were traded between early European botanists such as Arthur and Von Mueller, who planted non-native species. The Queen and her grandfather, Dame Nellie Melba and Paderewski contributed plantings on occasions throughout the gardens history. Much of the gardens have been separated into themed sections such as:

The gardens host areas of non-native tough-wearing lawns of various sizes that are carefully maintained;

Since its earliest days, the Royal Botanic Gardens is involved in plant research and identification. This is done primarily through the National Herbarium of Victoria, which is based at the Gardens. The Herbarium is also home to the State Botanical Collection, which includes over 1.2 million dried plant specimens, and an extensive collection of books, journals and artworks. Research findings are published in the journal Mulleria, which is a scientific representation of the work done in the Gardens in any one year. More recently, the Australian Research Centre for Urban Ecology has been established to look at plants which grow in urban environments specifically.

The Gardens are open every day of the year at 7.30am and close at dusk.

The Gardens Visitor Centre is open seven days a week:

Transport The Gardens are a 15-minute walk or 5-minute tram ride from Flinders Street Station to the Domain Road Interchange on tram routes 3, 5, 8, 16, 64, 67. Street parking is available for 2- to 4-hour periods. 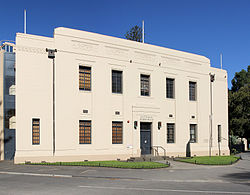 Royal Botanic Gardens: The National Herbarium of Victoria - founded in 1853

There is a 3.8-km running track parallel to the perimeter fence of the Botanic Gardens. Officially termed The Tan Track as it has a surface of tan-coloured stone aggregate, it is more commonly and affectionately known as The Tan.

The Tan originally served as a horse track for Melbourne's well-heeled, and is now one of Melbourne's most frequented locations for joggers. Locals, visitors and famous alike now share the space as its international reputation has grown. The Tan is often used in training by professional athletes, such as AFL footballers, particularly during pre-season time-trials. Running greats such as Hicham El Guerrouj, Steve Ovett, Cathy Freeman, and Sonia O'Sullivan have all rubbed shoulders with the general public on The Tan.

The quickest lap of the Tan has been held by such notable Australian runners as Robert de Castella and Steve Moneghetti (10:41, 2003). The current record is 10 minutes and 12 seconds, run by Craig Mottram in 2004. On the 21st of December, 2006, Craig Mottram unofficially broke his personal best time around the tan, running a scorching 10 minutes and 8 seconds while running with the Richmond Football Club during their pre-season training. He gave the footballers a two-and-a-half minute head start and still managed to beat them comprehensively[4].

The inaugural Go the Tan run was held in early February 2006, and provides the opportunity for participants to run, jog or walk around The Tan and receive an official time.

Problems at the Botanic Gardens 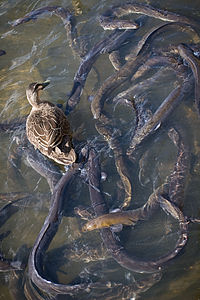 Important problems for the Botanic Gardens have included unwanted plant and animal life which interferes significantly with the management of the gardens. There are also problems with water conservation.

In regard to weeds (always a problem with a botanic gardens of this size) the Botanic Gardens developed a strategic plan in 2004 to minimise weed infestations by educating the public and management, and to help conserve the indigenous and other species.