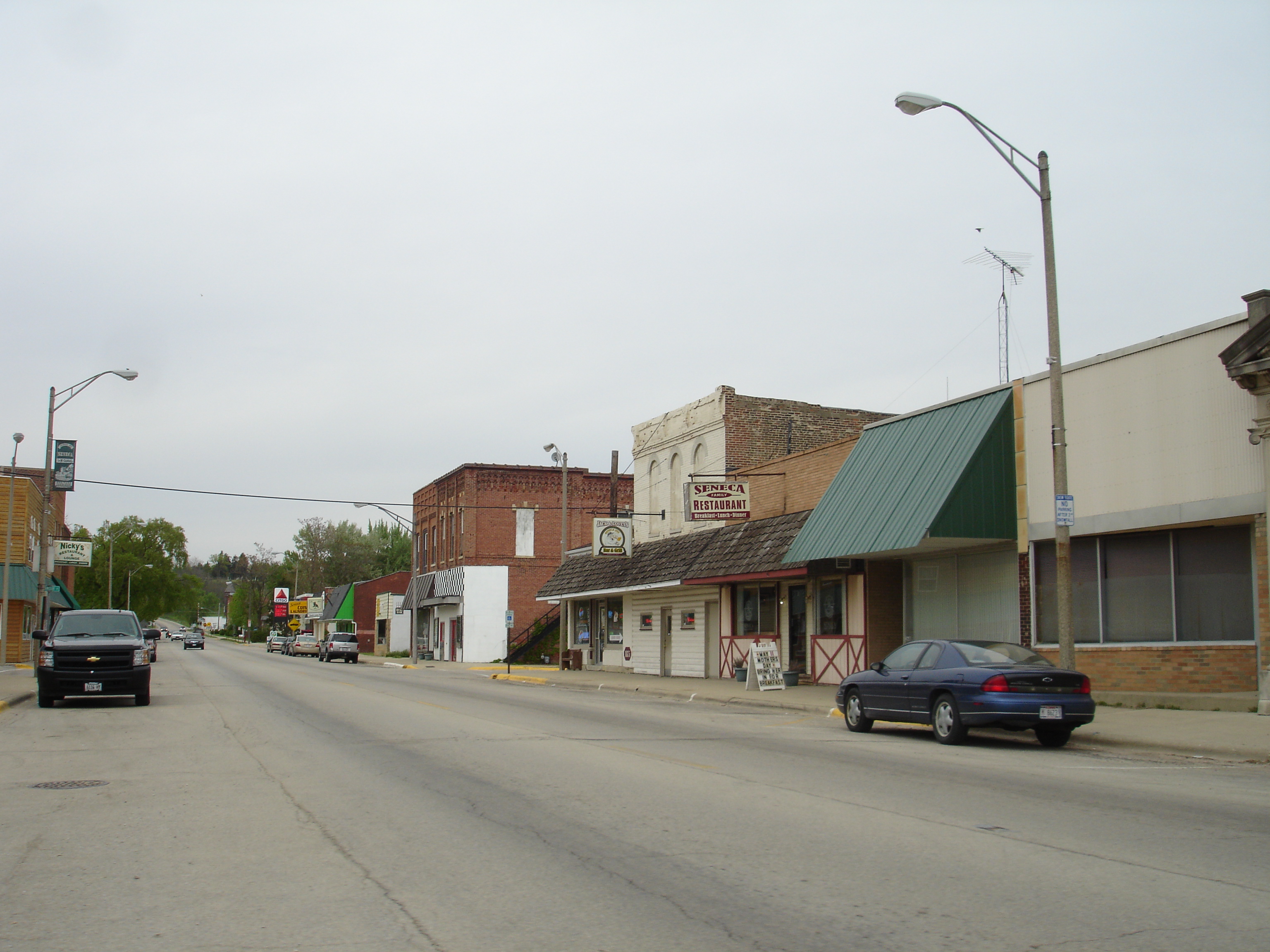 Seneca is a village in LaSalle and Grundy counties in the of . The population was 2,053 at the 2000 census.

Seneca is located on the , which connects to the .

There were 744 households out of which 40.6% had children under the age of 18 living with them, 63.3% were married couples living together, 9.5% had a female householder with no husband present, and 23.4% were non-families. 20.8% of all households were made up of individuals and 10.6% had someone living alone who was 65 years of age or older. The average household size was 2.76 and the average family size was 3.22.

In Seneca there are several and restaurants, a [http://www.ellisacehardware.com hardware store] which has been owned by the Ellis family since 1872 and is Illinois' oldest family owned hardware store, a grocery store, along with 4 fuel stations. Other businesses in downtown Seneca include a pharmacy, doctor's office, a tattoo parlor, two banks, and a realtor. The Village has recently developed The Seneca Business Association which has united the over 100 businesses in the village. The goal of the association is to promote local shopping as well as downtown revitilization. The association has already developed a business directory as well as begun installation of decorative banners down main street on the light poles.

Seneca has three schools: Seneca Grade School (Pre-4), Seneca Middle School (5-8), and Seneca Township High School (9 - 12) which not only gets students from Seneca but from nearby town of , Kinsman, Verona and Milton Pope Grade School, which is located north of Seneca.

The 2005 Illinois State Board of Education's 2005 Illinois District Report Card [ftp://ftpirptcard.isbe.net/ReportCard2005/350501600_e.pdf ISBE 2005 Report Card] shows that the Seneca High School was strongly funded - in large part through payments made by 's power generation plant located approximately ten miles south of Seneca. For example, the above cited 2005 high school district Report Card shows the Illinois State average instructional expenditure per pupil at $5,216, but Seneca was able to provide $8,647 in instructional expenditures per pupil. Similarly, while the state average operating expenditure per pupil was $8,786, Seneca was able to dedicate $17,305 per pupil, which is reflected in the striking grade school, middle school, and high school facilities. These payments made by Commonwealth Edison have since decreased along with the impact they once had.

*In 1989, the Seneca Fighting Irish team won the Class 1A State Championship and were the first boys team from LaSalle County to win a state championship.

*In 1990, the Seneca Fighting Irish football team won the Class 2A State Championship with a 14-0 record.

*In 1991, the Seneca Fighting Irish basketball team finished as the Class A State Runner-up with a 27-5 record.

*In 2005, the Seneca Fighting Irish basketball team placed third in the Class 1A State Championship.

*In 2006, the Seneca Fighting Irish basketball team went undefeated and won the Class 1A State Championship.

*The Seneca High School FFA has been voted as the top FFA in the State of .

*Father Gabriel de la Ribourde - The first Superior of the Recollects, who was slain by Kickapoo Indians, Sept. 19, 1680. A French missionary, brought Catholicism to the Seneca area 175 years before St. Patrick’s Parish was founded. In 1680, he was traveling with an exploratory party from Quebec when he was ambushed and killed by a band of Kickapoo Indians. A wooden cross marks the spot where Illinois’ first martyr to the Catholic faith is believed to have died (which is located next to St. Patricks Catholic Church).

*Jeremiah Crotty - Seneca was first settled by Jeremiah Crotty, an entrepreneur and contractor who helped build the Illinois and Michigan Canal. Crotty built the first residence in 1850 and established the town in 1854 with a post office in his name. Residents retained the name Crotty Town until 1865, when they incorporated the town with the name of Seneca—probably a nod to mid-nineteenth century interest in classicism. Jeremiah Crotty was best known for his work on the I&M Canal where he developed a technique to dig through the rock, clay, and sandstone much cheaper than any of his competitors.

*John Tracy Ellis (1905-1992) - Catholic church historian, born in Seneca, Illinois. A priest with a doctorate in history from Catholic University (Washington, DC), he spent most of his career on the faculty. A long serving executive secretary of the American Catholic Historical Association and editor of the Catholic Historical Review (1941–62), he wrote widely on church history and won particular notice for his essay (1955) deploring an anti-intellectual ‘ghetto mentality’ among American Catholics. He was named a monsignor in 1955. He is interred in Mt. Calvary Cemetery on the north side of Seneca.