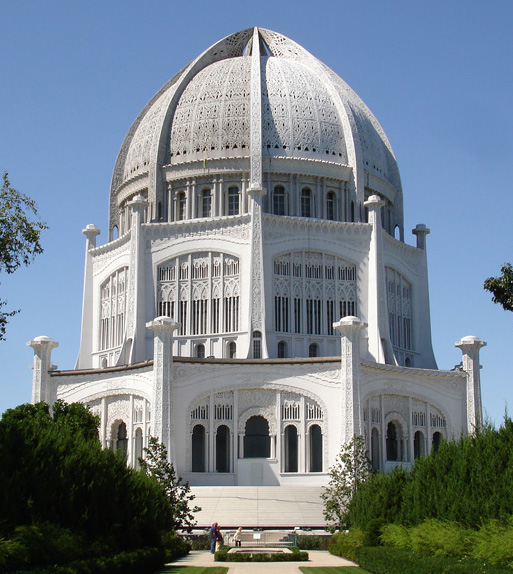 Before European settlement, a village was located on "Indian Hill", currently the site of a golf course in nearby Winnetka.

John G. Westerfield built pickle and vinegar factories in the area in 1857. Other early commercial development included a cooperage, a brick kiln, and an icehouse. The tracks arrived in 1854, but the first local station wasn't built until 1869.

Gross Point's municipal revenues were dependent on the 15 taverns in town. With these revenues disappeared and the village went bankrupt. It was annexed in two parts by the Village of Wilmette in 1924 and 1926.

The oldest surviving was constructed here between 1920 and 1953.

In 2004, Wilmette was one of the first localities in to enact a ban on smoking in all public spaces, including bars and restaurants. Also that year, the village government prosecuted local resident Hale DeMar, age 59, for violating the town's ban (enacted in 1989). DeMar shot a burglar inside his house. [cite news
author= Robert VerBruggen
title= Self-defense vs. municipal gun bans
publisher= Reason
date= June, 2005
accessdate= 2008-01-02
url= http://findarticles.com/p/articles/mi_m1568/is_2_37/ai_n15681261]

The handgun ban was enacted in direct response to an incident in 1988 when opened fire on a classroom full of children in neighboring Winnetka.

Arlyn School in Wilmette is an supported by member school districts in the area. It serves junior high and high school students who have been referred by school districts, community agencies, private practitioners, and parents. [cite web
url= http://arlynschool.org
title= Arlyn School
accessdate=2008-01-02]

The provides educational support to students at all grade levels, including those residing in neighboring .

Attractions include Gillson Park with beach access, marina, and an off-leash area for dogs, and Centennial Park, with a public swimming pool, tennis and ice-skating facilities. [cite web
url= http://www.wilmettepark.org/gillson.cfm
title= Gillson Park
accessdate= 2008-01-02] [cite web
url= http://www.wilmettepark.org/cent.cfm
title= Centennial Park
accessdate= 2008-01-02] The Wilmette Golf Club, hosting a 6,378-yard course, is located on the far west side of town. Wilmette is home to a Bahá'í House of Worship and the administrative offices for the Bahá'í National Spiritual Assembly. The house of worship was named in 2007 as one of the "Seven Wonders of Illinois" by the Illinois Bureau of Tourism. [cite web
url= http://www.enjoyillinois.com/sevenwonders/
title= Seven Wonders of Illinois
accessdate = 2008-01-02]

In addition to the Bahá'í House of Worship, Wilmette is famous for its several other examples of .

The oldest existing church building in Wilmette is the First Congregational Church (1909) designed in the style. Trinity United Methodist Church (1928) is a structure and was designed and constructed by Granger & Bollenbacher of Wisconsin Lannonstone. The church features stained glass windows by Willet Studios of , among the top American studios during the . The church was also used as a filming location for "". [cite web
url= http://www.trinitywilmette.org
title= Trinity United Methodist Church
accessdate = 2008-01-02]

Both St. Joseph and St. Francis Xavier Church were designed by the firm of McCarthy, Smith and Eppig. St. Joseph's is Wilmette's oldest religious congregation, having been established in . The present building (1939) is among the finest examples of architecture on the . The interior is particularly well preserved and features light fixtures, and stained glass windows designed and fabricated by Giannini & Hilgart of . The altar floor and sanctuary wall contain Italian and French inlaid with Portuguese . The Stations of the Cross are pastel-hued mosaics crafted in the Vatican Studio of Mosaics in . The design and materials of the Y-shaped school designed by Herman J. Gaul of and constructed in , and the adjacent , harmonize with the church. St. Francis Xavier Church (1939) was designed in the Late Gothic Revival mode while McCarthy, Smith & Eppig were simultaneously working on St. Joseph's in Wilmette. The stained glass windows were made with English and German imported glass by the famed F. X. Zettler Studios of and . St Francis Xavier School (1924), just east of the church is a unique modern blend of Gothic architecture by Chicago architect Barry Byrne.

Wilmette is served by the 's 'L' and , as well the PACE suburban bus system. The northernmost station of the Purple Line is located at Linden Avenue in Wilmette. Wilmette's commuter railroad station is at Green Bay Road and Washington Avenue.

There were 10,039 households out of which 40.6% had children under the age of 18 living with them, 68.9% were married couples living together, 6.4% had a female householder with no husband present, and 23.0% were non-families. 21.1% of all households were made up of individuals and 12.1% had someone living alone who was 65 years of age or older. The average household size was 2.73 and the average family size was 3.19.

Wilmette's sister city in is in , and they participate in an annual student exchange program between their high schools. Mona Vale and Wilmette are connected spiritually as well, each is home to a Bahá'í House of Worship, of which there are only seven in the world.