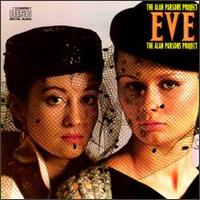 
"Eve" is a album by . It was released in 1979 (see ). Along with "Pyramid", it is widely regarded as a mediocre album between 1977's "I Robot" and the Project's successes of the 1980's. "Eve"'s focus is a woman and her effect on men, and it is notable as the only Project album to feature female lead vocalists ( and ). Alan had worked with Clare on 's "". The opening instrumental "Lucifer" and the poppy "Damned If I Do" were both minor hits.

"Eve" was remastered and reissued in 2008 with the following bonus tracks:

Produced and engineered by Executive Production: