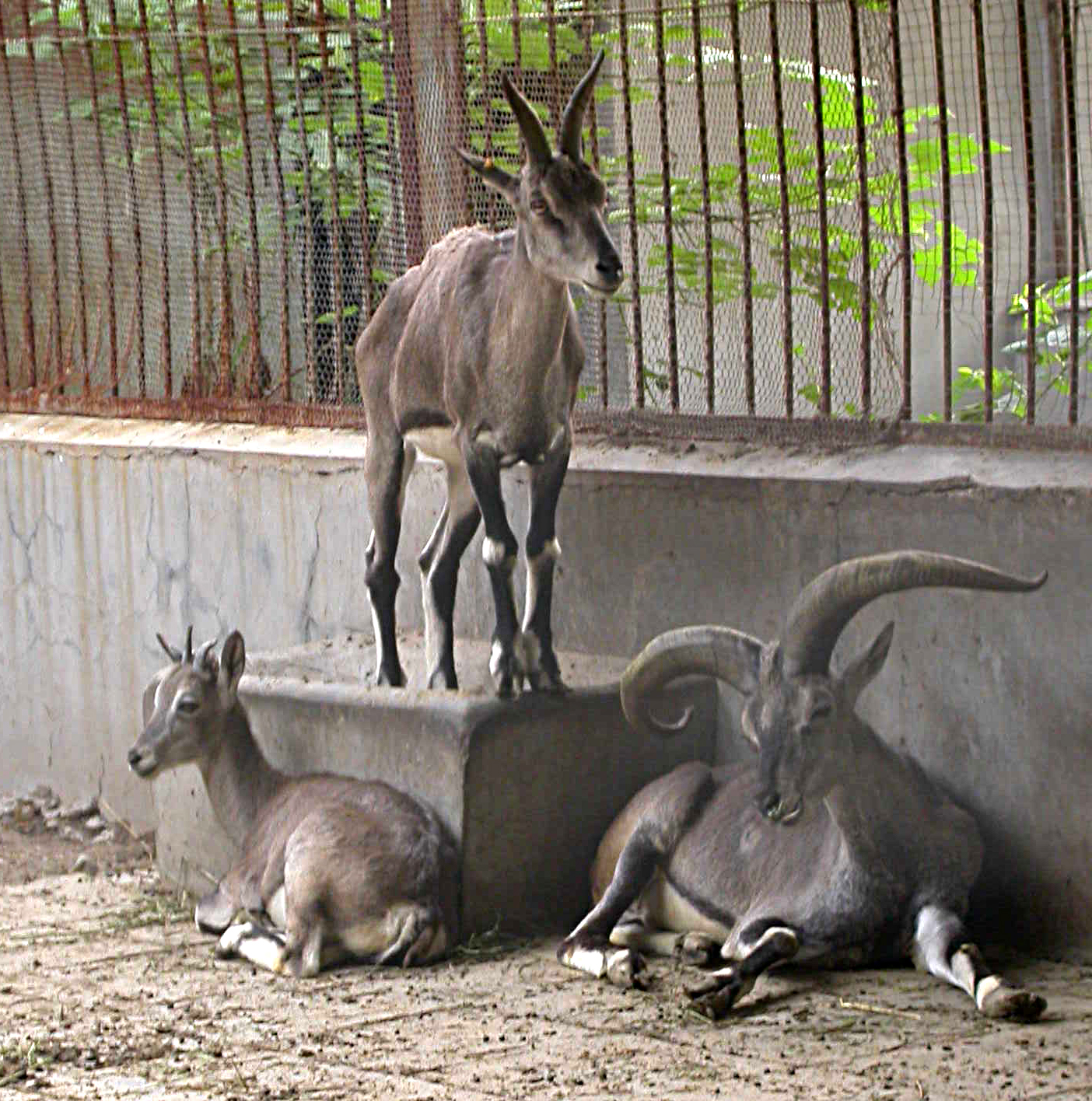 The bharal has horns that grow upwards, curve out and then towards the back, somewhat like an upside down mustache.

The bharal was also the focus of 's and 's expedition to Nepal in 1973. Their personal experiences are well documented by Matthiessen in his book, "The Snow Leopard". The bharal is a major food source of the .

The ("P. schaeferi") is sometimes considered to be a subspecies of the bharal.

* Database entry includes a lengthy justification of why this species is of least concern
* [http://animaldiversity.ummz.umich.edu/site/accounts/information/Pseudois_nayaur.html Bharal] at "Animal Diversity Web"