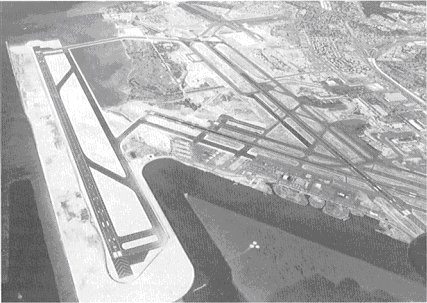 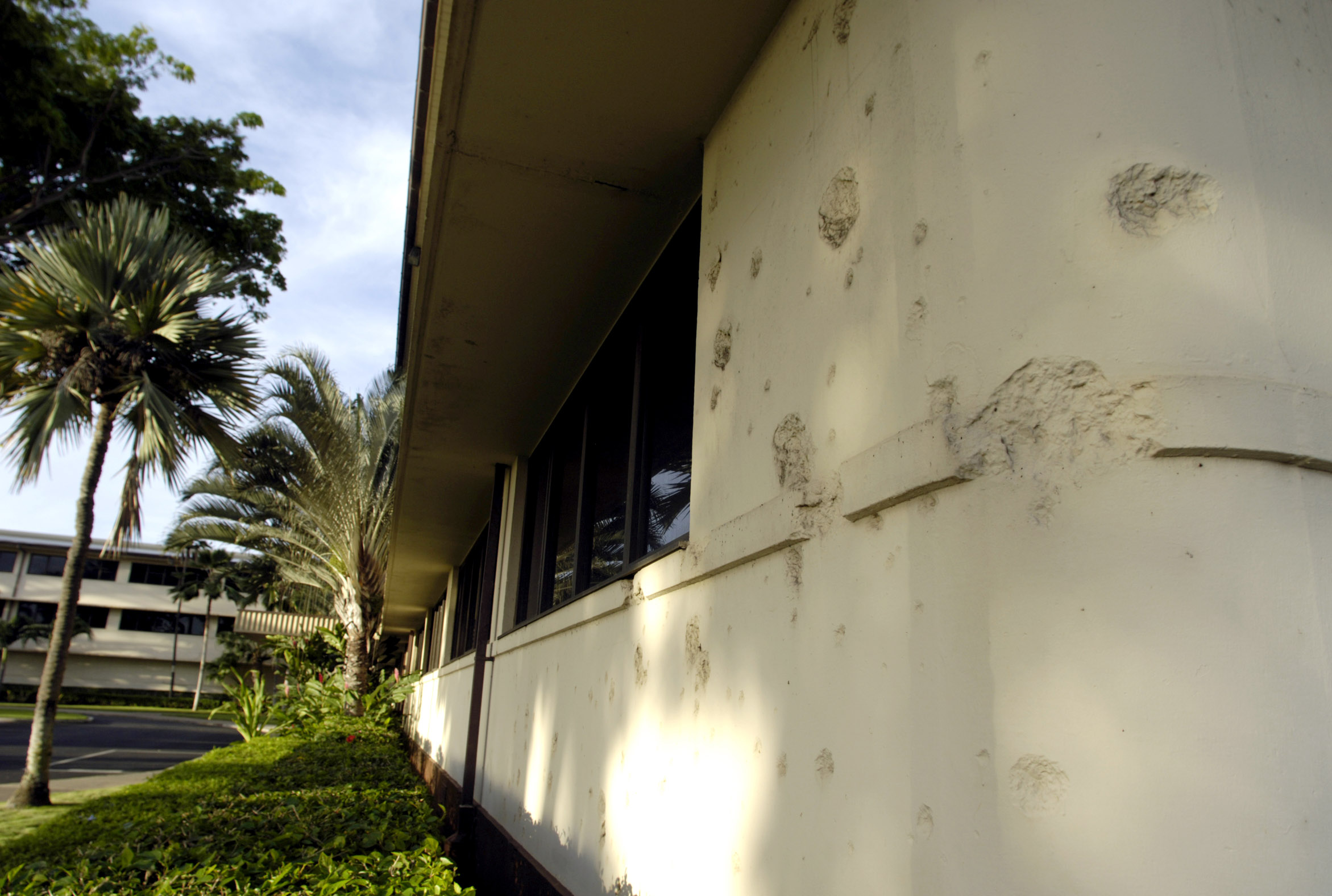 "For the civil airport use of this facility, see "

Hickam Air Force Base is a base located in the City and County of Honolulu on the island of , . Hickam AFB consists of 2,850 acres (12 km²) of land and facilities bordering , valued at more than $444 million. It is under the operational control of (PACAF), which is headquartered on the base, and is also home to both PACAF's (15 AW), the 's (154 WG), which is operationally gained by PACAF, and 's (515 AMOW).

Hickam is bounded on the north by , on the west by the Pearl Harbor entrance channel, on the south by Fort Kamehameha, and on the east by the airport complex.

Hickam AFB shares its runways with adjacent Airport codes|HNL|PHNL under a shared-use agreement that creates a single airport complex. As of the 2000 Census, the base had a population of 5,471.

Hickam Air Force Base is home to the (15 AW) and 67 partner units including Headquarters, (PACAF) and the . In all, Hickam supports 140 tenant and associate units.

History shows Hickam played a pivotal role in past Pacific operations - bullet-scarred walls are still visible from the December 7th, 1941 attack that pushed the U.S. into World War II.

In 1934, the Army Air Corps saw the need for another airfield in Hawai‘i and assigned the the job of constructing a modern from tangled brush and sugar cane fields adjacent to Pearl Harbor. The site consisted of 2,200 acres (9 km²) of ancient, emerged covered by a thin layer of soil, with the Pearl Harbor entrance channel and naval reservation marking its western and northern boundaries, John Rodgers Airport (HIA today) to the east, and Fort Kamehameha on the south. The new airfield was dedicated on and named in honor of Lt Col , a distinguished aviation pioneer who was killed in an aircraft accident the previous November 5 at in .

Construction was still in progress when the first contingent of 12 men and four aircraft under the command of 1st Lt Robert Warren arrived from on on September 1, 1937. Hickam Field, as it was then known, was completed and officially activated on September 15, 1938. It was the principal army airfield in Hawai‘i and the only one large enough to accommodate the bomber. In connection with defense plans for the Pacific, aircraft were brought to Hawai‘i throughout 1941 to prepare for potential hostilities.

The first mass flight of bombers (21 B-17Ds) from arrived at Hickam on . By December, the "Hawaiian Air Force" had been an integrated command for slightly more than one year and consisted of 754 officers and 6,706 enlisted men, with 233 aircraft assigned at its three primary bases: Hickam, (now }, and (now ).

When the ese attacked O‘ahu's military installations on 7 December 1941, their planes bombed and strafed Hickam to eliminate air opposition and prevent U.S. planes from following them back to their aircraft carriers. Hickam suffered extensive damage and aircraft losses, with 189 people killed and 303 wounded.

During , the base became a major center for training pilots and assembling aircraft. It also served as the hub of the Pacific aerial network, supporting transient aircraft ferrying troops and supplies to—and evacuating wounded from—the forward areas -- a role it would reprise during the Korean and Vietnam wars and earning it the official nickname "America's Bridge Across the Pacific".

After World War II, the Air Force in Hawai‘i was consisted primarily of the and its successor, the (MATS), until when Headquarters Far East Air Forces completed its move from to Hawai‘i and was redesignated the (PACAF). The 15th Air Base Wing, host unit at Hickam AFB, supported the Apollo astronauts in the 1960s and 1970s; (return of prisoners of war from Vietnam) in 1973; /New Life (movement of nearly 94,000 orphans, refugees, and evacuees from Southeast Asia) in 1975; and NASA's flights in the 1980s and 1990s. Hickam is home to the 65th Airlift Squadron which transports theater senior military leaders throughout the world in the and aircraft. In mid-2003, the 15th Air Base Wing (15 ABW) was converted to the 15th Airlift Wing (15 AW)as it prepared to beddown and fly the Air Force's newest transport aircraft, the . The first Hickam-based C-17 arrived in February 2006, with seven more to follow during the year. The C-17s will be flown by the .

On , , the Secretary of the Interior designated Hickam AFB a , recognizing its key role in the World War II Pacific campaign [ [http://www.nps.gov/history/nhl/designations/Lists/HI01.pdf HI NHL List] [. A bronze plaque reflecting Hickam's "national significance in commemorating the history of the United States of America" took its place among other memorials surrounding the base flagpole. Dominating the area is a large bronze tablet engraved with the names of those who died as a result of the 1941 attack. Other reminders of the attack can still be seen [ [http://www.nr.nps.gov/writeups/85002725.nl.pdf NHL Summary] ] , including the tattered American flag that flew over the base that morning. It is on display in the lobby of the Pacific Air Forces Headquarters building, whose bullet-scarred walls (the structure was a and known as "the Big Barracks" in 1941) have been carefully preserved as a reminder to never again be caught unprepared.

Much of this text in an early version of this article was taken from pages on the [http://www2.hickam.af.mil Hickam Air Force Base] website, which as a work of the U.S. Government is presumed to be a . That information was supplemented by: