Norwood Russell Hanson (1924 – 1967) was a philosopher of science. Hanson was a pioneer in advancing the argument that observation is theory-laden – that observation language and theory language are deeply interwoven – and that historical and contemporary comprehension are similarly deeply interwoven. His single most central intellectual concern was the comprehension and development of a logic of discovery.

Hanson's best-known work is Patterns of Discovery (1958), in which he argues that what we see and perceive is not what our senses receive, but is instead filtered sensory information, where the filter is our existing preconceptions – a concept later called a 'thematic framework.' He cited optical illusions such as the famous old Parisienne woman (Patterns of Discovery, p. 11), which can be seen in different ways. Hanson drew a distinction between 'seeing as' and 'seeing that' which became a key idea in evolving theories of perception and meaning. He wanted to formulate a logic explaining how scientific discoveries take place. He used Charles Sanders Peirce's notion of abduction for this.[1]

Hanson's other books include The Concept of the Positron (1963). Hanson was a staunch defender of the Copenhagen interpretation of quantum mechanics, which regards questions such as "Where was the particle before I measured its position?" as meaningless. The philosophical issues involved were important elements in Hanson's views of perception and epistemology. He was intrigued by paradoxes, and with the related concepts of uncertainty, undecidability/unprovability, and incompleteness; he sought models of cognition that could embrace these elements, rather than simply explain them away.

From Michael Scriven's preface to Hanson's posthumous Perception and Discovery:

In a general sense Hanson continues the application of the Wittgensteinian approach to the philosophy of science, as Waissman and Toulmin have also done. But he goes much further than they, exploring questions about perception and discovery in more detail, and ... tying in the history of science for exemplification and for its own benefit. Hanson was one of the rare thinkers in the tradition of Whewell – a man he much admired – who could really benefit from and yield benefits for both the history and philosophy of science.

Thomas Samuel Kuhn followed up Hanson's work when creating the revolutionary The Structure of Scientific Revolutions (1962), which challenged the existing empirical methods of scientific theory development. Both the work of Kuhn and Hanson were in criticism of empiricism. In the same period, Hanson championed another departure from tradition: He rejected the traditional distinction between History of Science and Philosophy of Science, two divergent fields at the time. Hanson insisted that proper study of one demanded a deep understanding of the other – an interdisciplinary view that has since won general acceptance.

Patterns of Discovery (1958) is later cited by the philosopher Robert Nozick in his (1974) work of Political Philosophy, Anarchy, State, and Utopia in order to lend support to his view of "understanding the political realm in terms of the nonpolitical," as a way of understanding the "whole political realm."[2] Nozick cites Patterns of Discovery from pp. 119–120, quoting "Though the X (color, heat, and so on) of an object can be explained in terms of its being composed of parts of certain X-quality (colors in certain array, average heat of parts, and so on), the whole realm of X cannot be explained or understood in this manner."[3] 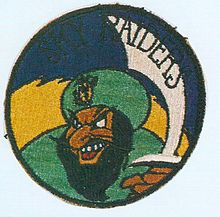 The story of Hanson's short life is colorful. He studied trumpet with the legendary William Vacchiano and played at Carnegie Hall, but his musical career was interrupted by WWII. He enlisted in the Coast Guard, later transferring to the Marine Corps where he trained as a fighter pilot, developing a reputation as a 'hot pilot' (famously looping the Golden Gate Bridge). He served on the ill-fated USS Franklin in the VMF-452 'Skyraiders' squadron, for which he designed the unit's logo.[4] When the Franklin was bombed and nearly destroyed on 19 March 1945, his Corsair was described as 'the last plane off Big Ben.' After flying over 2,000 hours, he returned to civilian life, seeking an education via the G.I. Bill rather than continuing a life in music. He took degrees from the University of Chicago and Columbia University, then proceeded with his new wife Fay to the UK in 1949, under a Fulbright Scholarship. He completed multiple degrees at both Oxford and Cambridge, and stayed in Britain to continue teaching and writing.

Hanson left the life of a Cambridge Don to return to the U.S. in 1957, founding the Indiana University Department of History and Philosophy of Science, the first of its kind, and receiving a Fellowship at the Institute for Advanced Study in Princeton, New Jersey. In 1963, Hanson moved to Yale University. He also continued to fly – an AT-6 Texan trainer, and later a Grumman F8F-2 Bearcat. His unusual style and personal history, including his aerobatics over the Yale Bowl and at airshows as 'The Flying Professor,' were noted by a generation of students – including John Kerry. His time at Yale was strained by campus politics, where he was caught in the midst of an infamous 1964-65 fight over Yale's tenure policies (the "Bernstein Affair").[5] Hanson died in 1967, when his Bearcat crashed in dense fog en route to Ithaca, New York. He was survived by wife Fay and children Trevor (b. 1955) and Leslie (b. 1958).

His rich, complex life – ranging from Golden Gloves boxing to drawing illustrations for Homer's Iliad; from camping on a Harley-Davidson to testifying before the U.S. Senate; from tough city youth to distinguished scholarship – was cut short at the age of 42, with ten books in progress, including a history of aerodynamic theory.