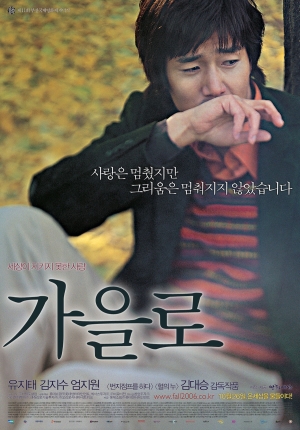 Law student Hyun-woo and television director Min-joo are a young couple in love, and engaged to be married. Tragedy strikes, however, and Min-joo is killed when a department store collapses with her trapped inside. Several years later, Hyun-woo is given a journal that was written by his former fiancée, which details the journey they would have taken on their honeymoon. Hyun-woo sets out to visit the various places described in the journal, but on his travels he meets another woman, Se-jin, and discovers that their meeting is more than just coincidence.

*
*
* [http://www.hancinema.net/korean_movie_Trace_of_Love.php "Traces of Love"] at HanCinema