Back to the Garden

Back to the Garden

Infobox Album | Name = Back to the Garden
Type =
Artist = 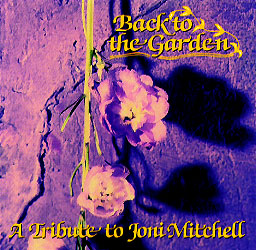 It was released on Intrepid Records, after the Canadian chart success of their 1991 tribute, "".

The album's most successful single was Sloan's rendition of "", from Mitchell's 1971 album "Blue".

1 These four musicians subsequently released an album together as in 1994, but were credited by their individual names on "Back to the Garden".