The College of Europe (Collège d'Europe in French) is an independent university institute of postgraduate European studies with the main campus in Bruges, Belgium. Since 1993 the college has also had an additional campus in Natolin, Poland focusing on Eastern Europe.

The College of Europe in Belgium was founded in 1949 by leading European figures such as Salvador de Madariaga, Winston Churchill, Paul-Henri Spaak and Alcide de Gasperi in the wake of the Hague Congress in 1948. The goal of the College was described as promoting "a spirit of solidarity and mutual understanding between all the nations of Western Europe and to provide elite training to individuals who will uphold these values"[1] and "to train an elite of young executives for Europe".[2] It has the status of "Institution of Public Interest" operating according to Belgian Law.

According to The Times, the "College of Europe, in the medieval Belgian city of Bruges, is to the European political elite what the Harvard Business School is to American corporate life. It is a hothouse where the ambitious and talented go to make contacts".[3] The Economist describes it as "an elite finishing school for aspiring Eurocrats."[4] The Financial Times writes that "the elite College of Europe in Bruges" is "an institution geared to producing crop after crop of graduates with a lifelong enthusiasm for EU integration."[5] European Commissioner for Education Ján Figeľ described the college as "one of the most emblematic centres of European studies in the European Union".[6] The college has also been described as "the leading place to study European affairs"[7] and as "the elite training center for the European Union's political class".[8] RFE/RL has referred to the college as "a Euro-federalist hot-spot."[9] The College of Europe is bilingual, and students must be proficient in English and French. Students receive a master's degree (formerly called Diploma and Certificat) following a one-year programme. Traditionally, students specialize in either European law, international economics (i.e. European economic studies), or European political and administrative studies; in recent years, additional programmes have been created. Admission is highly competitive. The number of students each year used to be quite low (less than 100 until the early 1970s and typically slightly above 100 until the mid 1980s), but has increased since the early 1990s. Students are usually selected in cooperation with their countries' ministries of foreign affairs.

The College of Europe in Belgium shares several traditions with, and is often compared to, the École nationale d'administration (ENA) of France,[10] but has a vastly more international profile.

The College of Europe was the world’s first university institute of postgraduate studies and training in European affairs. It was founded in 1949 by leading European figures such as Salvador de Madariaga, Winston Churchill, Paul-Henri Spaak and Alcide de Gasperi in the wake of the Hague Congress in 1948.

Its origins date back to the Hague Congress in 1948 when Salvador de Madariaga, a Spanish statesman, thinker and writer in exile, proposed the establishment of a College where university graduates from many different countries could study and live together.

A group of Bruges citizens led by the Reverend Karel Verleye succeeded in attracting the College to Bruges. Professor Hendrik Brugmans, one of the intellectual leaders of the European Movement of the time, became its first Rector (1950-1972).

After the fall of communism, and in the wake of the changes in Central and Eastern Europe, the College of Europe campus at Natolin (Warsaw, Poland), was founded in 1993 with the support of the European Commission and the Polish government. The College now operates as ‘one College - two campuses’ and what was once referred to as the ‘esprit de Bruges’, is now known as the ‘esprit du Collège’.

In 1998, former students of the College set up the Madariaga European Foundation.

The number of enrolled students has increased significantly since the 1990s.

The College of Europe campus "Dijver" in Bruges

The College of Europe campus "Verversdijk" in Bruges

The Bruges campus is situated in the centre of Bruges, which was appointed European Capital of Culture in 2002. Bruges is located in the Flemish Region of Belgium, a Flemish (Dutch)-speaking area, although the university does not use Dutch as one of its working languages.

It consists of the following campus buildings:

The College's main administrative building on the Bruges Campus, with the reception, offices, classrooms and the library.

Since 2007 the Verversdijk buildings of the College of Europe provide additional auditoria, teaching rooms and offices for academics, research fellows and staff and will allow the College to extend its activities.

The Hotel Portinari in Garenmarkt 15 with its classical facade was formerly home to Tommaso Portinari, the administrator of the Florentine "Loggia de Medici" in the 15th century in Bruges. It contains eleven apartments for professors and forty student rooms, two "salons" in 19th century style, the "salon du Recteur" with 18th century wall paintings and a modern "Mensa" for students.

The College has a system of residences in the centre of Bruges and not far from the Dijver where the main administrative and academic building and the library are situated. None of the residences lodges more than 60 students so that each residence in fact has its own small multinational and multicultural environment.

The Natolin Warsaw campus of the College was established in 1992 in response to the revolutions of 1989 and in anticipation of the European Union’s eastern enlargement.

Today, the Natolin campus is part of a 120-hectare historical park and nature reserve - formerly the Royal hunting palace of Natolin - situated in the southern part of Warsaw about 30 minutes by metro from the city centre. The Natolin European Centre Foundation takes care of the complex and has conducted restoration of the former Potocki palace, making it available for the College.

The old historical buildings, including the Manor house, the Stables and the Coach house, were converted to the needs of modern times and new buildings were constructed in a style keeping with the harmony of the Palace and its outlying park.

The one year programme lasts from September until the end of June and is taught in English and French. It includes lectures, research seminars, workshops and meetings with external specialists and various language courses. To be awarded the degree, students must take oral and written examinations at the end of each semester, and submit a 15 ECTS Master’s Thesis in English or French. The thesis gives students the opportunity to undertake individual research, conducted primarily in the second semester, under the supervision of a faculty member. The programmes are enriched by study trips to the European institutions and, for students at Natolin (Warsaw), also to neighbouring countries. Due to the College’s extensive network of contacts, students have the opportunity to meet and discuss with policy-makers, practitioners and representatives of the business community throughout their year at the College.

From 1949 to the 1990s, students in Bruges enrolled in three programmes:

In recent years, other programmes have been created:

At Natolin (Warsaw) campus, the study programme analyses the process of European integration with a focus on Eastern Europe from an interdisciplinary perspective:

The academic programmes of the College of Europe are accredited by the Dutch-Flemish Accreditation Organisation (NVAO). Each study programme corresponds to a total of 66 credits (ECTS).

Annual intakes are highly selective and student selection takes place in the Spring, usually in association with the Foreign affairs ministries of their respective countries of origin. The Bruges programmes typically require a University degree in economics, law, political science or international relations plus advanced knowledge of the working languages of the College.

To be awarded the current Master's degree, students must take oral and written examinations at the end of each semester, and submit a 15 ECTS (i.e. the equivalent of a quarter of an academic year) Master's Thesis in English or French.

Until the 1980s, the College only awarded its students the qualification Certificate of Advanced European Studies (the programme also then included several shorter theses), that was considered equivalent to a master's degree (although it was not a degree in the strictest sense, as the College of Europe was inspired by the tradition of French elite schools such as ENA which did not award formal degrees). The qualification, with specialization in either (European) Law, (international) Economics, or Political and Administrative Studies, corresponded to the first three master's degrees that are awarded today.

The Administrative Council, presided by Mr Íñigo Méndez de Vigo, Member of the European Parliament, includes representatives of the countries hosting the two campuses in Bruges (Belgium) and Natolin (Warsaw) and of European governments. It is the highest decision-making authority, and is responsible for the approval and implementation of the College’s objectives and activities of the College on the Rector's proposal.

The Academic Council represents the academic community of the College of Europe and ensures the maintenance and development of high level teaching activities and research. It is chaired by the Rector.

Rectors of the College of Europe

The Rector directs and coordinates the College’s activities.

The Vice-Rector is responsible for the day-today administration of the Natolin (Warsaw) campus.

Presidents of the Administrative Council of the College of Europe 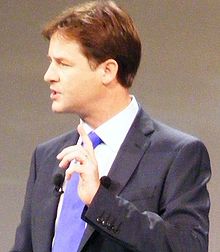 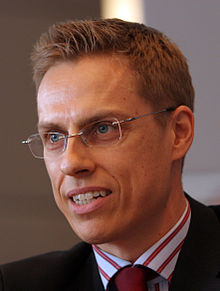 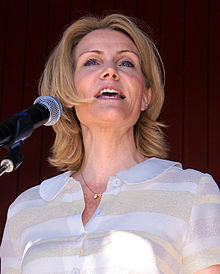 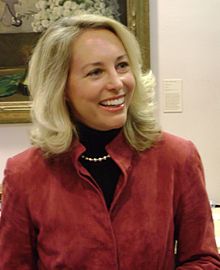 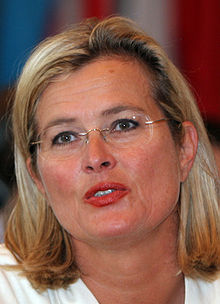 Many former students of the College, referred to as anciens (French for alumni), have gone on to serve as government ministers, members of various parliaments, diplomats and high ranking civil servants and executives.

Alumni of note include:

Academic years at the College are known as promotions. Each promotion is named after an outstanding European, referred to as the promotion's patron. The College of Europe shares this tradition with the French École nationale d'administration (ENA).

The opening ceremony each year is presided over by a prominent politician, referred to as the Orateur; they have included Angela Merkel, David Miliband, Jean-Claude Juncker, Javier Solana, José Manuel Barroso, Valéry Giscard d'Estaing, Juan Carlos I of Spain, Margaret Thatcher and François Mitterrand.[13]

Professors taught at College of Europe

International conferences have been held at the College since it was founded. These events have become fora for informed discussion on topics that are complementary to the academic expertise of the College, like the annual conference on Humanitarian Law, organised in cooperation with the International Committee of the Red Cross. It is also common to have several European prime ministers deliver a speech during the academic year.

Also, since the early 1980s the College has developed a relevant consultancy activity, especially in the field of analysis of EC law. Based on the College's first experiences with service contracts, notably in the field of codification of European Law and related to the implementation of the Internal Market, the Development Office was created to participate in tender procedures and to manage the teams of researchers working under these service contracts.

Over the past 10 years, the College of Europe has been organising cooperation projects funded by various EU programmes, either in consortia with academic partners, companies and law firms, or on its own account. Under TEMPUS programmes, projects for curriculum building in European Studies were set up. With the EU’s PHARE, TACIS and CARDS funding the College provided professional training and consultancy in EU affairs in nearly all applicant countries, in Russia and in the CIS. In addition the Office has also involved the College in similar co-operation projects in the framework of the MED-CAMPUS Programme and more recently with EuropeAid funding in Latin America and Asia. The Development Office is now involved in professional training projects and European Studies programmes held in Europe and abroad.

The College has started to organise professional training courses and seminars on European integration issues with partners such as professional, trade and other associations, private companies and administrations. Officials[who?] from the European institutions and national administrations have attended tailor-made training programmes.