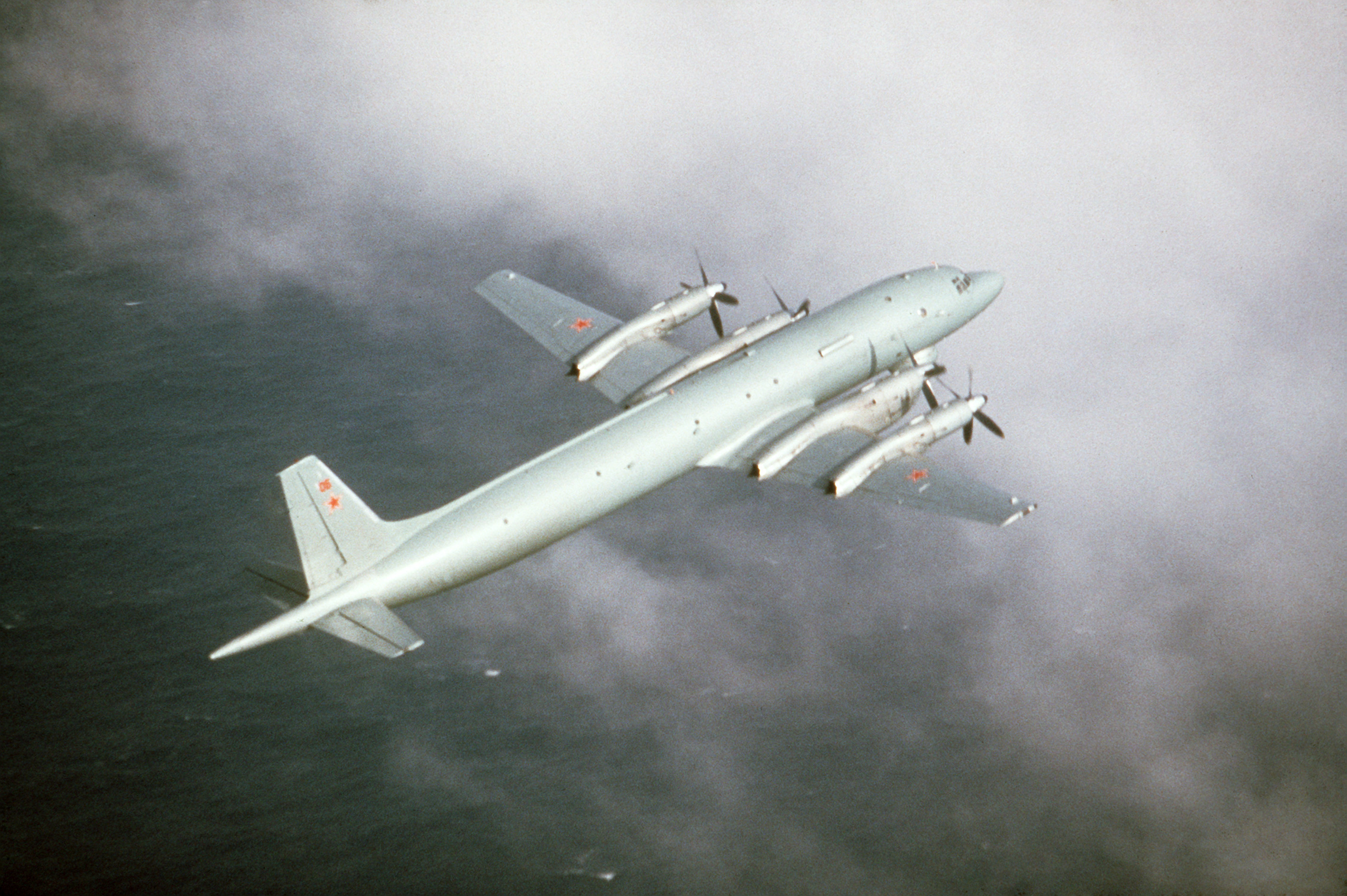 The (: "May") is a and aircraft. The Il-38 developed from the turboprop transport.

llyushin's Il-18 turboprop airliner played a significant role in developing the USSR's air services in the 1960s and 1970s, and has also been adopted for a variety of military roles, ranging from transport to command post, Elint and maritime patrol.

The most well known military adaptation of the Il-18 is the maritime patrol/ASW Il-38 "May". The Il-38 is believed to have flown for the first time in 1967 and about three dozen serve with Russian naval aviation, while five were delivered to India in 1975. Details of the Il-38 are limited, but the airframe is stretched by 4m (1 3ft) over the Il-18 and the wings are moved forward. The tail contains a MAD, while under the forward fuselage a search radar (named 'Wet Eye' by NATO) is housed in a bulged radome. There are two internal weapons bays, one forward and one rear of the wing."

The Il-38s of the Indian Navy have been sent back to Russia for upgrades. They will incorporate the new Sea Dragon avionic suite. Three aircraft have been delivered to the Indian Navy. The new version is designated Il-38 SD.

There are reports of efforts towards adding the capability to fire the Indo-Russian Brahmos cruise missile from this aircraft. Mockups have been displayed with air-launched Brahmos attached to underwing pylons on the Indian Navy aircraft.