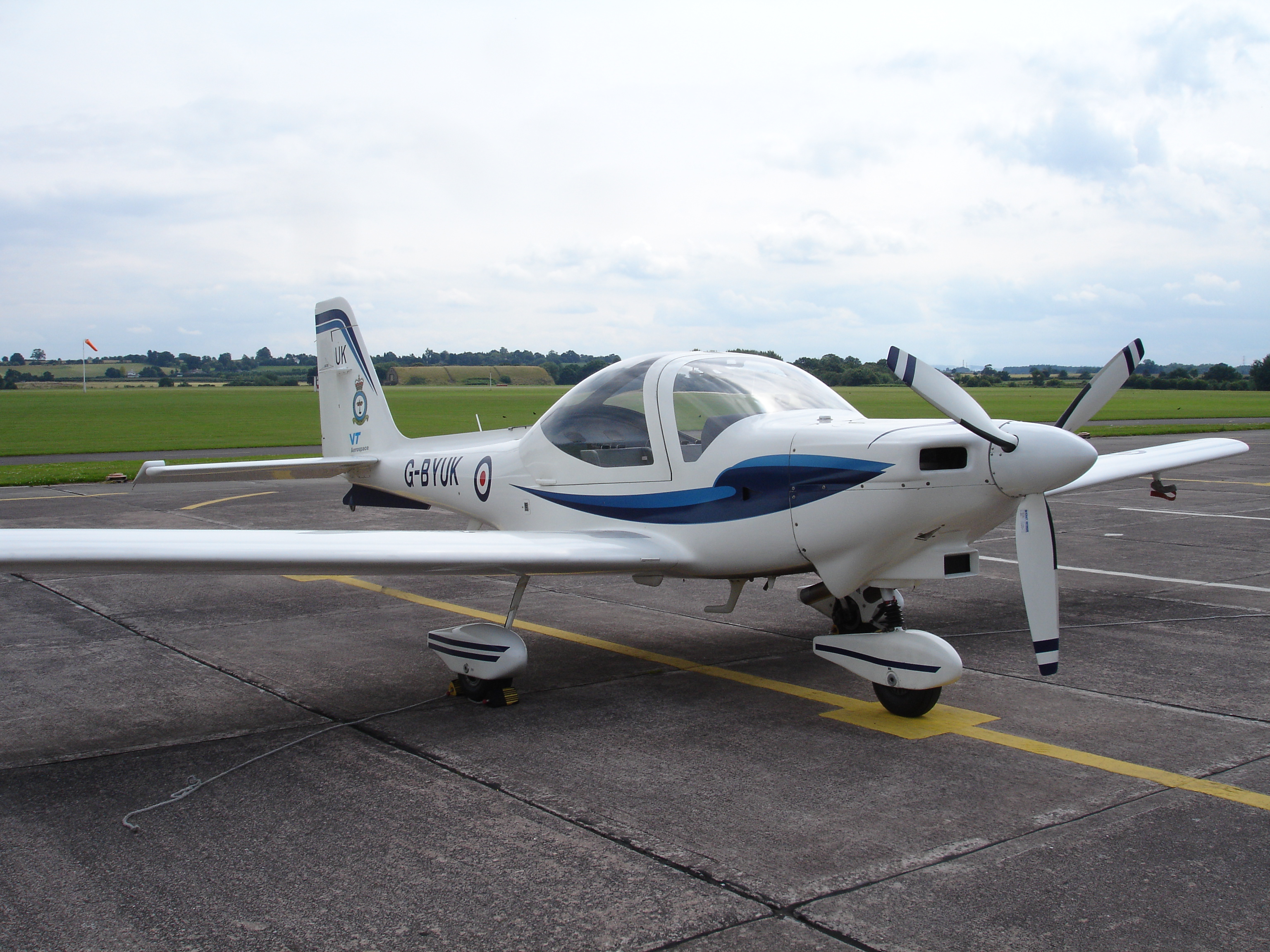 The G 115 is an advanced fixed-wing aircraft, primarily used for . It is built in Germany by Aerospace GmbH. The E variant is in Royal Air Force service as an elementary flying trainer where it is known as the Grob Tutor T.1 (Trainer Mark 1).

The aircraft is constructed of advanced composite materials the main fuselage and each wing is a single piece. It has a fixed Tricycle undercarriage with spatted wheels, a short nose bearing the 180 hp engine and a 3-bladed variable-pitch propeller. The cockpit features a broad canopy and all round vision, with side-by-side seating for pilot and student. The wings are tapered with square tips and the consists of a large fin and rudder with an oblong with square tips mid-set to the .

The aircraft is fully aerobatic (to +6G and -3G)

The Tutor, until 2005 was used by RAF s to provide Elementary Flying Training (EFT) to university students mainly sponsored by the RAF, however,from 2006 UAS students are no longer taught EFT. UAS students now follow a unassessed flying syllabus, very much similar to that of EFT, which was recently added to following calls for more advanced modules. UAS students now follow a 36 hour basic course, with the possibility of completing the new, as of 2007 advanced course, which aims to teach low level navigation, formation and aerobatics, to solo standard level. The only units to now teach EFT on the Grob Tutor, are the three separate squadrons of No.1 EFTS, based at RAF Cranwell, Wyton and Church Fenton. The Tutor is also used by s to provide flying experience to cadets of the and . The Tutor replaced the in these roles in the late 1990s. Unusually, the Tutor fleet is owned and maintained by a civilian company, VT Aerospace, and carries British civilian G-BY** registrations under a (PFI) scheme. The aircraft are painted overall white with blue flashes and RAF s. The G115 costs around £150,000 Fact|date=February 2008

For any elementary training aircraft a large number of minor incidents are expected, reflecting the inexperience of the pilots more than any flaws with the aircraft. Compared with its predecessors the and the , the Tutor has an excellent safety record. The only major incident so far in its RAF service occurred in June 2004, when a Tutor lost a propellor blade and its canopy in flight. The aircraft was landed unpowered in a field, where damage was also sustained to the undercarriage. Both pilots were uninjured. Subsequent investigation revealed cracking in the propellor blade roots across the fleet, which was grounded for several months as modifications were made.