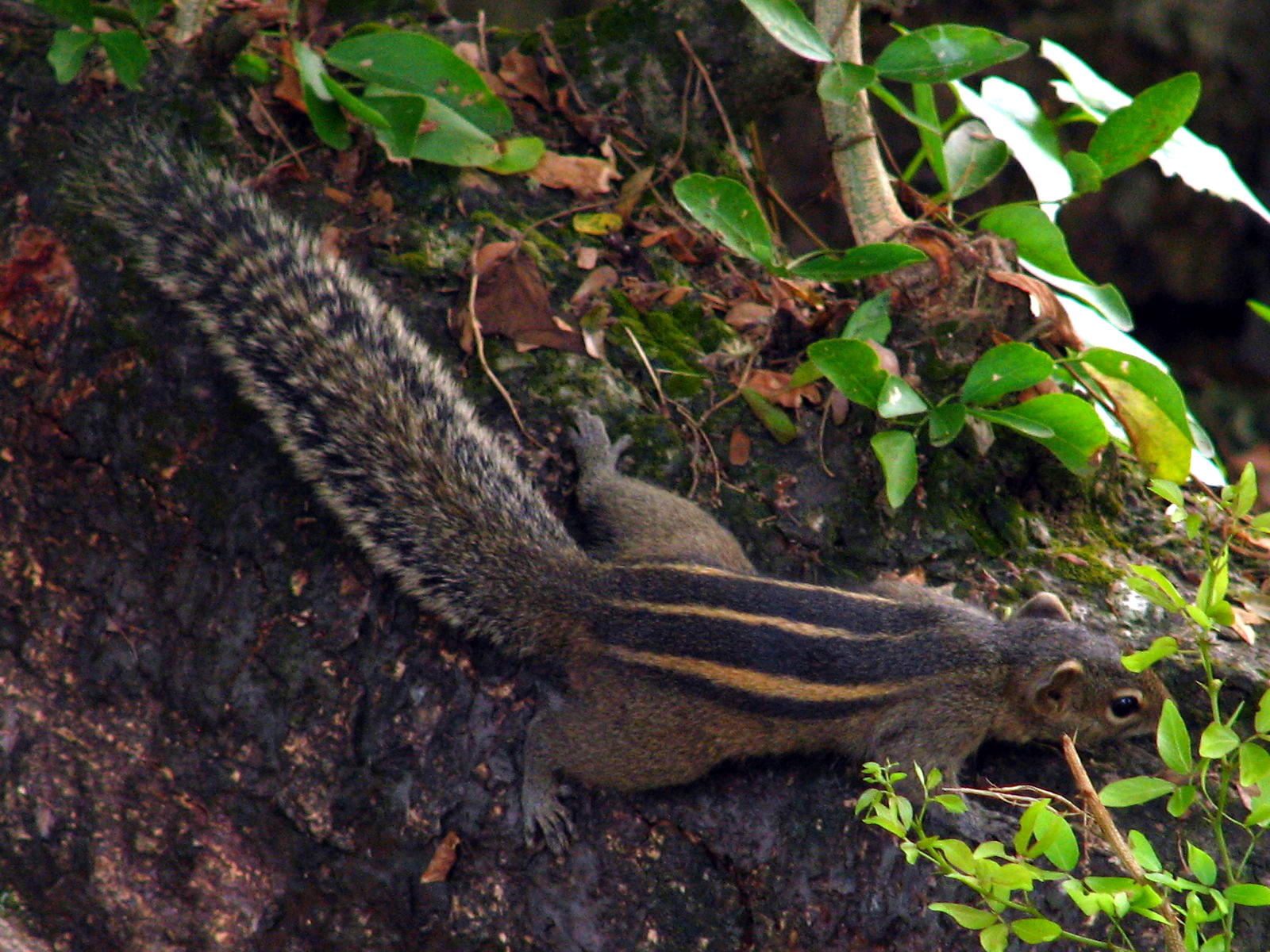 More recently, the Palm Squirrel has been accidentally introduced into Western Australia, where it has become a minor pest that is actively eradicated due to its lack of natural predators. [Farmnote 113/2000, Government of Western Australia Department and Agriculture and Food, retrieved 8/14/2008 [http://www.agric.wa.gov.au/content/pw/vp/f11300.pdf] ]

Palm squirrels are about the size of rats with a bushy tail which is slightly shorter than their body.Their back is a grizzled grey-brown colour with five conspicuous white stripes, three of which runfrom head to tail. The two outer stripes run from the forelegs to the hind legs only. They have acreamy white belly and a tail covered with interspersed long black and white hairs. Their ears aresmall and triangular.

period is 34 days. Litter size averages 2.75 (). Breeding takes place in grass nests during autumn. Litters of two or three are common. The youngare weaned after about ten weeks and are sexually mature at nine months.

The stripes on the Palm Squirrels back are explained by a Hindu legend. The legend has it that a squirrel helped in the construction of the Adi sethu (bridge) at . The bridge was being constructed by Lord Rama and the , and the squirrel played its part by rolling in beach sand then running to the bridge to shake the sand from its back, all the time chanting Lord Rama's name. Lord Rama was pleased by the creature's dedication and, in stroking the squirrel's back, the mark of Rama's fingers was left on the squirrel ever since. [ [http://www.ecoheritage.cpreec.org/scared_animals_squirrel.htm Indian Striped Squirrel ] ]