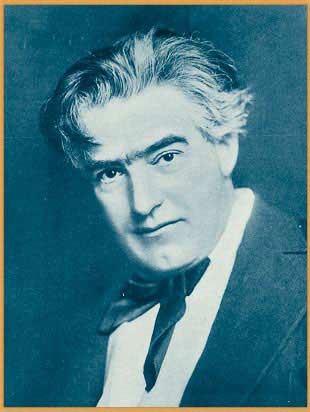 Frederick Tyrone Edmond Power (, – , ) was an English born American stage and screen actor, who acted under the name Tyrone Power.

Born in in 1869, the son of Harold Littledale Power and . His father had worked as a singer and actor before his marriage, most notably in ' production "Invitations" at the Egyptian Hall, , 1862 – 1863. Turning to business, his father became a wine merchant, later collaborating in the mining business with his brother Frederick Power. Power's father was the youngest son of the Irish actor Tyrone Power, from whom his son, grandson, and great grandson would later take their stage names. His mother , an actress was the third daughter of conductor and composer .

Frederick Power, as he was then known, studied at with his brother George, who would later accompany him on tour in America as . In 1883 at the age of 14 he was sent from to by his parents to learn citrus planting.

After a couple of years Power left his farm work and joined a theatre stock company at , debuting as Gibson in Charles Hawtrey's "" on , aged 17. In 1922 he played in John Barrymore's groundbreaking production of . After an extremely prosperous 30 years of acting on the stage and touring around the world, Power moved into Silent Film in 1914. Initially playing the leading man in movies, he soon switched to playing villains and proved highly successful. In 1930, Power had a final great role as the villainous "bull whacker" Red Flack in 's epic "", which was Power's first (and only) and provided an unknown with his first starring role. Power died of a heart attack in the arms of his 17-year-old son at the end of the next year. He was 62.

He is now usually referred to as Tyrone Power, Sr., to distinguish him from his even more famous son, the star also called , who would also die of a heart attack at a young age.