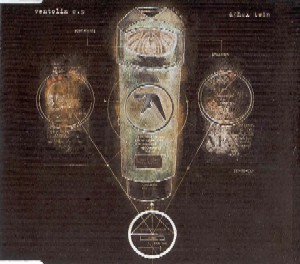 "Ventolin" is a piece of composed by Cornish musician . It is noted for its abrasive sound. James recorded numerous versions of the piece under his alias.

The piece is named after a trade name for the drug , which is prescribed for the treatment of . A reported side effect of this drug is "(Citation needed)", a high pitched ringing in the ears. James utilized this effect in "Ventolin", incorporating a piercing high-pitched ringing sound throughout the track. The music also incorporates heavily distorted beats. The resulting effect has been cited as "one of the most abrasive singles ever recorded". [http://www.allmusic.com/cg/amg.dll?p=amg&sql=10:e6ge4j172wai]

The first recording of "Ventolin" (subtitled "video version") appeared on the 1995 Aphex Twin album "…I Care Because You Do". A was also produced to accompany the track, which consists of a woman being trapped in an elevator with other industrial images interspersed.

In 1995, released "Ventolin" as a single in the , on 12" vinyl and CD in two parts, "Ventolin" and "Ventolin Remixes". Between them, these EPs featured a further 12 versions of "Ventolin". (The release, by , collects all of the tracks on a single CD.)

The singles' artwork, by Dan Parkes (who also designed the artwork for "On"), featured -style anatomical drawings of a human head and upper torso, together with an asthma and the Aphex Twin logo.

Whilst all the twelve versions of "Ventolin" on these singles are labelled as ostensible es, in many cases they appear to be almost entirely new pieces of music, bearing only nominal relation to the original. In typical Richard D James fashion, several of the mixes are labelled with obscure or bizarre titles, some of which are Cornish placenames.

Notes on the various "remixes"

*Several of the apparently bizarre remix names are actually Cornish place names: , Marazanvose [http://www.streetmap.co.uk/streetmap.dll?G2M?X=180500&Y=50500&A=Y&Z=3 ] , Carharrack and Probus are all Cornish villages. There is a Inn in the town of . Plain-An-Gwarry is a Cornish place name, and also the generic name for a Cornish medieval amphitheatre used for the performance of mystery plays and sports.

*Other mix names reference the medicinal Ventolin: " beats", "" (a of asthma), and .

*"Crowsmengegus mix" closes with a intoning an 's toast to list of names ("Respect going out to..."), all of whom were collaborators with Richard D James. This was later issued as a separate track on , named "The Respect List".