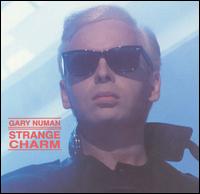 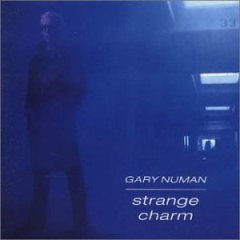 "Strange Charm" is the tenth studio album, and eighth under his own name, by pioneer , released in 1986 through by . The album was not released in the until 1999 when it was issued in a digitally remastered form with five bonus tracks by . On the same year it was also reissued with bonus tracks in the by .

The album's title is derived from concepts of , specifically the and the .

"Strange Charm" was Numan's penultimate solo album of the 1980s, and the last studio album released on his self-funded Numa Records label before he signed a contract with (he would later release two more albums on Numa in the 1990s). Unlike most of his previous albums, "Strange Charm" is a fragmented release with no obvious theme on it, either musically or lyrically. Numan admitted that the album was disjointed, concerned more with atmosphere than theme. The majority of the album was produced by The Wave Team, who had produced most of Numan's previous offering, "The Fury", and continued in a style similar to the previous album (with liberal use of saxophone and female backing-vocals). However, the album's stand-out tracks, "My Breathing" and "New Thing from London Town", were produced by Ade Orange and Bill Sharpe & Nick Smith, respectively, and offer a departure from the industrial sound of the rest of the album into quite different atmospheres. "" was a re-recorded version of the single released by Numan and Bill Sharpe (under the name Sharpe + Numan) a month before the release of "Strange Charm". The "Strange Charm" version of the song retains the original music, but features new lyrics written and sung by Numan (the lyrics on the single version were written by Roger Odell). Elsewhere, the songs on "Strange Charm" range from radio-friendly pop ("The Sleeproom", "") to slow-burning ballads ("This is Love"), to fast-paced, energetic synth-rock (the title track).

By the time of "Strange Charm"'s recording, Numan had found himself more and more alienated from the mainstream of British pop music, while most of the money he had made during the early part of his career had now been consumed by his costly self-funded record label. Numan later recollected that the studio atmosphere was tense:

Not only did Numan find it very difficult to create the kind of sound that he wanted for "Strange Charm", but the protracted recording sessions resulted in the album being recorded in its entirety twice, diluting Numan's enthusiasm for the finished product. "Strange Charm" was finally released in late 1986, many months after singles from the album had been released. "This is Love" was released in April and reached UK#28; "I Can't Stop" was released in June and reached UK#27, and the original version of "New Thing from London Town" was released in October and reached UK#52. No singles were taken from "Strange Charm" after the album's release in November. The only single Numan released that month was "I Still Remember", a remake of a song from Numan's 1985 album "The Fury". Released as a charity single for the , "I Still Remember" reached #74 on the UK charts. The "Strange Charm" album itself peaked at #59 on the UK album chart, and spent only two weeks in the top 75.

For the visual look of "Strange Charm", Numan abandoned the white suit-clad persona of "The Fury" and instead dyed his hair blond (again) and wrapped himself in a ""-style long leather jacket and sunglasses. "Blade Runner" was also the influence for one the B-sides of the album "Time to Die", which takes its title and most of its lyrical content from the Roy Batty's dying speech during the climax scene of the movie. "Strange Charm" is the third of five Numan albums to feature saxophonist , who performed on the "Blade Runner" film score. Vocal samples from the movie can be heard on Numan's albums "The Fury" (1985) and "Outland" (1991). Numan has referred to "Blade Runner" as "one of my all-time favourite films." ["Praying to the Aliens: An Autobiography" by Gary Numan with Steve Malins. (1997, André Deutsch Limited), p.210]

Numan did not support "Strange Charm" with a live tour (making it his first studio album since 1981's "Dance" not to be supported by a concert tour). However, Numan embarked on the 18-date "Exhibition Tour" in September 1987 to promote the compilation album "Exhibition". A live album, "Ghost", was culled from the final two shows of the tour (25-26 September 1987) and released in March 1988. "Ghost" features live versions of several "Strange Charm" tracks.

"Strange Charm" was originally only released in the UK. The original cassette release featured "Time to Die" as an extra track at the end of Side 1.

In 1999 the album was reissued in the UK by in remastered form, with five tracks originally released as B-sides as bonus tracks (including "Time to Die"), new artwork and liner notes. In the same year it was also released in the U.S. by , who dropped two of the instrumental bonus tracks of the UK reissue in favour of the extended mixes of "New Thing from London Town" and "I Can't Stop". Additionally the U.S. release used a modified version of the original cover and did not feature liner notes.

All tracks are written by Gary Numan, except for "New Thing From London Town", which has music by Bill Sharpe and lyrics by Numan.

* The original cassette release included "Time to Die" as an extra track on side 1, after "New Thing from London Town".

Bonus Tracks on the 1999 UK reissue

* "River" and "Mistasax (2)" are Numan solo tracks that were used as B-sides to the singles "All Across the Nation" and "Radio Heart" respectively.

* "New Thing From London Town" is the 12" mix of the Sharpe + Numan single version, with lyrics written by Roger Odell instead of Numan. The original 7" mix has only ever been re-released on the 1999 Numan compilation album, "New Dreams For Old: 1984-1998", and was transferred from a vinyl copy because the original master-tape of the song had been lost.