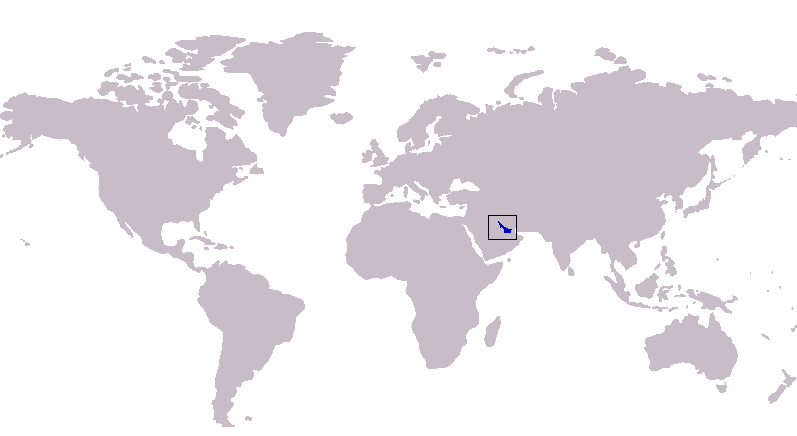 range_map_width = 240px
range_map_caption = Range of the Shortnose whitingThe shortnose whiting, "Sillago arabica", is a recently described and poorly known of marine of the smelt whiting family that inhabits only the . "S. arabica" is similar in morphology to other sillaginids, although has a distinctive shortened snout which gives the species its common name. This species is of no current interest to local fisheries, although beach seines may take minor amounts of this species.

The was identified and named "Sillago arabica" by Roland McKay and L.J. McCarthy in 1989, after examining the which was initially collected in in the during 1982.

The shortnose whiting shares the same basic profile as most of the "" genus, possessing an elongate, slightly compressed body tapering toward the terminal mouth. The profile of the species is slightly leaner than most of its close relatives, which may be one initial key to field identification. More definitive features include the and ray count of the dorsal and s as well as the morphology of the . The first dorsal fin consists of 12 or 13 spines, while the second dorsal fin has one spine and 22 to 24 soft rays posterior to the spine. The anal fin is similar to the second dorsal fin with 2 spines followed by 22 to 24 soft rays. The species has 75 to 80 scales and a total of 38 to 40 , also diagnostic features.

The species has pale sandy brown colour overall, with a slightly paler and slightly darker upper operculum. There are no dark blotches present on the side of the fish, while the first and second dorsal fins and caudal fin are dusted with black.

The shortnose whiting is entirely restricted to the , where it inhabits the shallow waters out to a depth of 5m. The species is often caught in s along es in the Gulf, although no exists for the species. As mentioned previously, the species has had very little data collected on it, with the initial description by McKay and McCarthy in 1989 the only major study on the species.