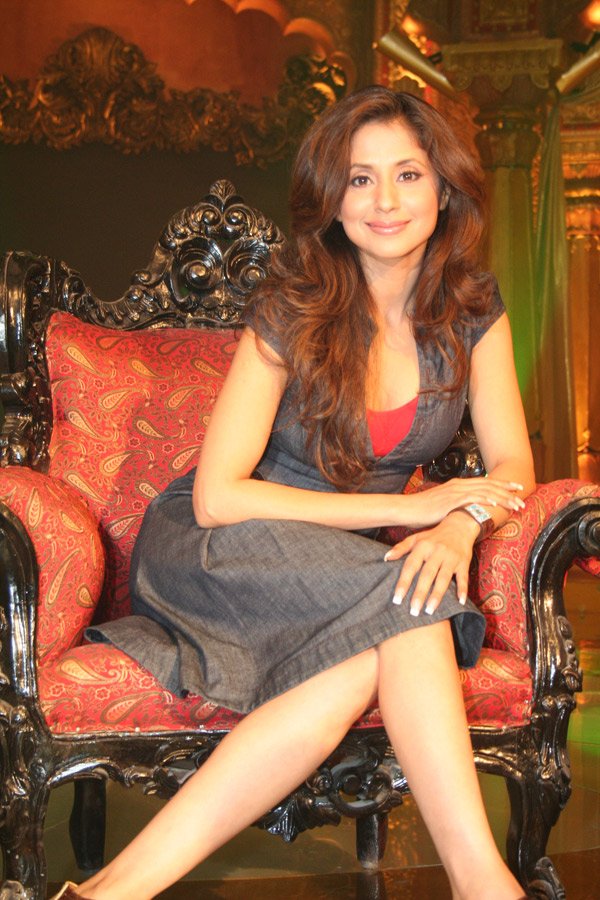 Matondkar, who was early in her career known for her bold image, was initially noted for her roles in films like "" (1995) and "Satya" (1998). During the 90s, she has frequently been featured in the Indian media as a .

She subsequently went on to show her psychological acting abilities, and has delivered a range of critically acclaimed performances. She received various "Best Villain" nominations for her role as an obsessive lover in "" (2001), and won her first under the Best Performer category for her portrayal of a ghost-possessed woman in "" (2003). She was later highly praised for her roles as a merciless avenger in "" (2004) and a caring daughter in "" (2005).

She started her career as a child artist; perhaps the best known of her early movies is 's "" in 1983. She made her film debut as an adult actress with the film "Bade Ghar ki Beti". She next starred in the fantasy film "", along with .

Her most notable films in the 1990s since "Rangeela" have been "" alongside and , and for which she received various award nominations for "Best Supporting Actress" and "Satya" where she proved her strong dramatic abilities.

During the 2000s, Matondkar revealed strong, dramatic and psychological features in her roles, and delivered a myriad of critically acclaimed performances. She won favorable reviews for her role as an obsessive lover in "Pyaar Tune Kya Kiya" (2001), and received various "Best Villain" nominations for her performance.

In 2003, she was part of several projects. She played the role of a north Indian girl in the background of the 1947 India partition in the critically acclaimed "Pinjar"; she played the title role in 's drama "", starring along ; however, she was mainly noted for her performance in "", a horror movie. Matondkar enacted a ghost-possessed woman; her performance was much appreciated by critics and audiences and she won her first under the Best Performer category, as well as various "Best Actress" awards at different award ceremonies, suce as , and . She later received the national honour "Rajiv Gandhi Award" for the film, as a recognition to her achievement in .

In 2004, she was praised for her role as a merciless avenger in "" along with . She played the role of a deceived woman who is jailed because of her lover, played by Khan, and later flees from prison to avenge him. Once again, Matondkar was nominated for her performance in the film.

Next year in 2005, she tried her hand with another horror film, playing the title role in the film "", which failed. However, her performance as the caring daughter of in 's art film "" was very well received, and she won her second Bollywood Movie Award for Best Actress. Following this, Mantondkar was recognized as one of India's most versatile actresses for these performances.

Apart from holding a successful acting career, she is regarded as an outstanding dancer and has been a featured performer in many Bollywood s. Her best-known item number is the "Chamma Chamma" sequence from the 1998 "China Gate". Other hit numbers include "Aaiye Aajaye" from the hit film "". She was signed to perform the item song in "", a remake of the 1975 blockbuster "". She played the role originally played by "Helen".

In 2007, Matondkar lent her voice for 's album "Asha and Friends Vol 1", where she performed with Bhosle the duet song "Mehbooba Dilruba". In fact, throughout the 1990s – 2000s, Bhosle sang the maximum number of songs for Urmila.