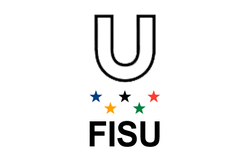 The first official World Student Games were organised in 1924 and were held under the auspices of the Fédération Internationale du Sport Universitaire (FISU) from 1949. An alternative event was organised by the Union Internationale des Étudiants (UIE) from 1947–1962, including one unofficial Games in 1954.

The table below gives an overview of all host cities of both the Summer and Winter Universiades. Only actual host cities are listed.

On 16 January 2007, Shenzhen and Erzurum were announced as the host cities of the 2011 Universiades.

For the 2011 Summer Universiade, the bidding cities were the following:

For the 2011 Winter Universiade, the bidding cities were the following:

FISU has officially closed the bidding period for the 2013 Universiades. The following cities have officially entered their candidature within the deadline:

The final decision to attribute the 2013 Universiades was taken in Brussels, Belgium, on 31 May 2008, and the selected cities were Maribor and Kazan.[4]

The only bid to host the 2015 Winter Universiade was:

The final decision to attribute the 2015 Universiades was taken in Brussels, Belgium, on 23 May 2009, and the selected cities were Gwangju and Granada.

The bid are expected before 02 May 2011, and the election of both host cities is foreseen on November 2011. The bids to host the 2017 Summer Universiade are:

The bids to host the 2017 Winter Universiade are: