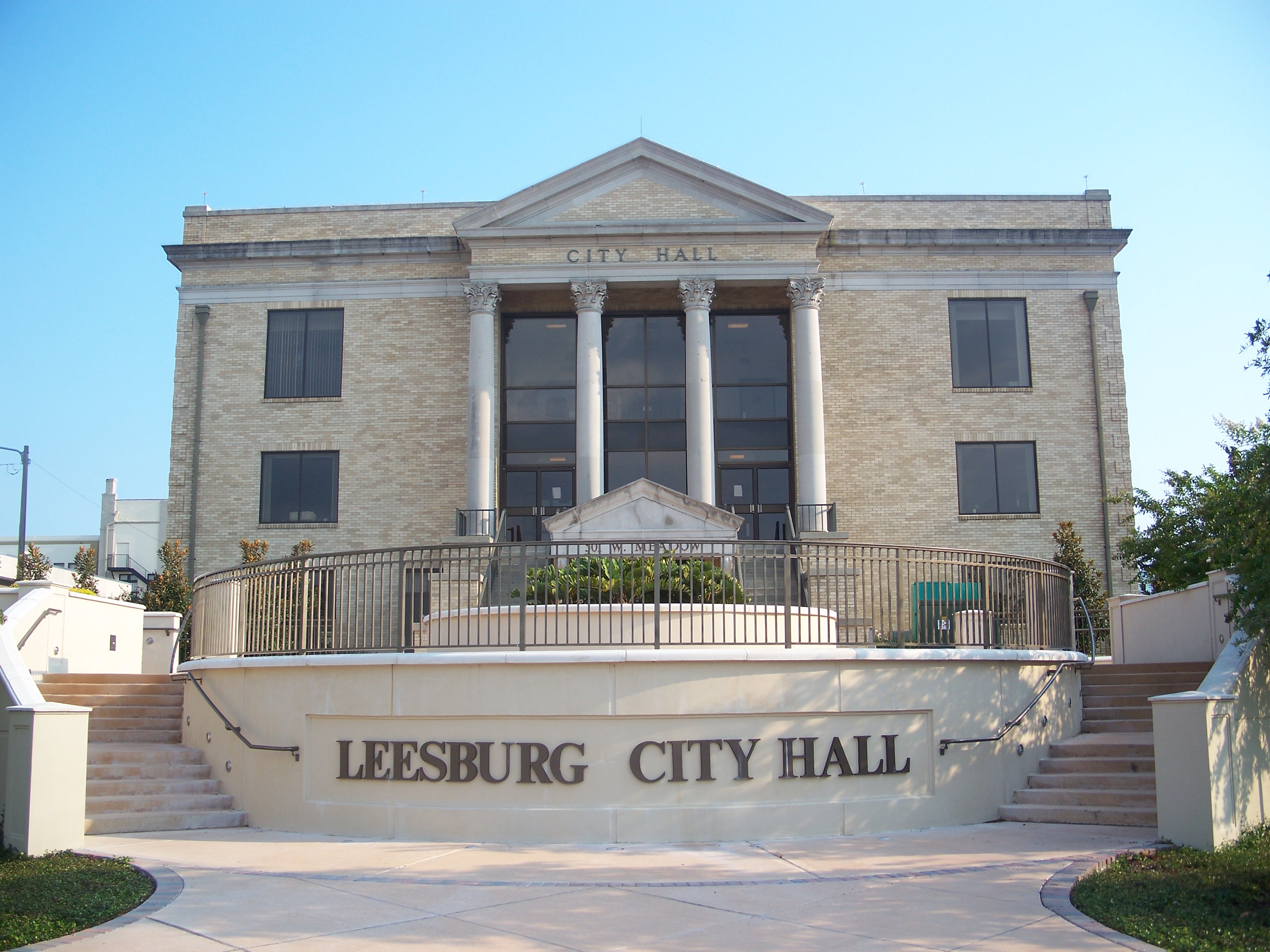 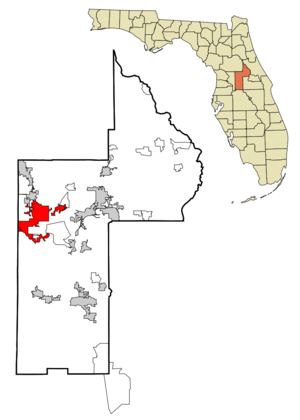 mapsize = 250x200px
map_caption = Location in Lake County and the state of

Leesburg is a city in Lake County, , . The population was 15,956 at the 2000 census. As of 2005, the population recorded by the is 19,086. [http://www.census.gov/popest/cities/tables/SUB-EST2004-04-12.xls] . Leesburg is located in central , between Lake Harris and Lake Griffin, at the head of the system. Leesburg is the home of Lake-Sumter Community College (LSCC) with campuses also in Clermont, and .

Several major highways pass through Leesburg, including and . passes just to the south and west of Leesburg. Leesburg was on the Western leg of the historic .

There were 6,775 households out of which 24.5% had children under the age of 18 living with them, 39.6% were married couples living together, 16.8% had a female householder with no husband present, and 39.8% were non-families. 33.9% of all households were made up of individuals and 18.1% had someone living alone who was 65 years of age or older. The average household size was 2.26 and the average family size was 2.86.

Leesburg was first settled in 1857 by Evander McIver Lee. Several of Evander Lee's brothers followed him to the area. One of these brothers, Calvin Lee, was credited with giving the town its name.

The city of Leesburg was first incorporated in 1875, and was the county seat of Sumter County for a time until Lake County was formed in 1887.

In the early 20th century, Leesburg was an important center for production. In 1930, Leesburg held its first "Watermelon Festival", an annual tradition that would last until watermelon production in the area dwindled to the point that watermelons for the last festival had to be brought in from outside the area.

In 1938, the WPA began work on the Venetian Gardens waterside park, on the shores of Lake Harris. The canals and gardens of this park have been a centerpiece of the community ever since.

In 1982, 's guitarist was killed in a plane crash at the home of tourbus company owner, Jerry Calhoun.

The industry was the principal business in Leesburg for many years, until devastating freezes in December 1983 and January 1985 persuaded growers to move their groves further down the Florida peninsula.

Today, most of Leesburg's growth and economic development is the result of the increasing popularity of the area as a retirement destination and the rapid growth of nearby Orlando.