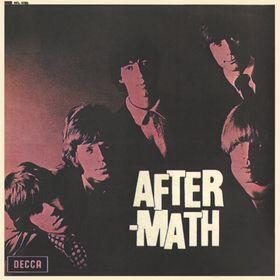 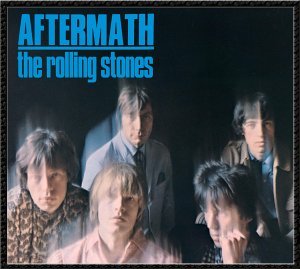 "Aftermath", first released in April 1966, was the fourth UK and sixth US studio by . The album proved to be a major artistic breakthrough for The Rolling Stones, being the first full-length release by the band to consist exclusively of / compositions. "Aftermath" was also the first Rolling Stones album to be recorded entirely in the United States, at the legendary RCA Studios in Hollywood, California at 6363 Sunset Boulevard, and the first album the band released in stereo.

The album is also notable for its musical experimentation, with playing a variety of instruments which feature prominently in each track, including the sitar on "", and the on "" and "I Am Waiting", the marimbas on "Under My Thumb", harmonica on "High And Dry" and "Goin' Home" as well as guitar and keyboards. To this day the "Aftermath" album remains a big fan favorite from the Brian Jones era.

As with all the Stones pre-1967 LPs, different editions were released in the UK and the USA. This was a common feature of British pop albums at that time -- the same practice was applied to all albums prior to "Sgt Pepper's") -- because UK albums typically did not include tracks that had already been released as singles.

The (original) UK version of "Aftermath" was issued in April 1966 as a fourteen-track LP, and this is generally considered to be the definitive version. Issued between the non-LP single releases of "" and "", "Aftermath" was a major hit in the UK, spending eight weeks at #1 on the UK album chart.

The US version, released in June, featured different cover art and an alternate (and shorter) running order that eliminated three UK tracks -- "Out Of Time", "Take It Or Leave It" and "What To Do" (all later issued in the US on other compilations), -- and substituted "" with their current #1 hit "Paint It, Black". Although it compromised producer 's and The Rolling Stones' intentions for the album, the revamped "Aftermath" reached #2 in the US, eventually going platinum. In 2002, the US edition of "Aftermath" was ranked number 108 on the .

"Aftermath" was important in establishing Jagger and Richards as respected songwriters in the same vein as and and also redefined The Rolling Stones from being enthusiasts to a progressive and artistically-inventive group.

In August 2002 both editions of "Aftermath" were reissued in a new remastered and SACD by .

All songs by Mick Jagger and Keith Richards.

* [http://www.godgammeldags.nu/rolling/stones/aftermath/ Fansite for the album]
* [http://www.oceanstar.com/patti/poetry/jagarr.htm Link to piece for "" January 1973 detailing her response to the Stones and Aftermath]