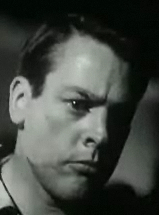 McCarthy went on to have a long and distinguished career as an in-demand . He has had some starring roles sprinkled in his career, most notably the classic "". On television, he had roles in two short-lived series: "The Survivors" with ; and "" as Claude Weldon, father of the character. He also was in an episode of "" in "" in 1960.

McCarthy is one of three actors (along with and ) frequently cast by director . Despite his advanced age, McCarthy has four feature films completed or in production in 2007.

McCarthy also played the criminal, Norman Mailbag in the episode, The Case of the Dirty Money.

McCarthy was born in , , the son of Martha Therese (née Preston) and Roy Winfield McCarthy. [ [http://www.filmreference.com/film/1/Kevin-McCarthy.html Kevin McCarthy Biography (1914-) ] ] McCarthy's father was from a wealthy family based in , and his mother was born in Washington state to a father and a ish mother. [ [http://www.irishecho.com/newspaper/story.cfm?id=17863 Irish Echo Online - Arts ] ] He is the brother of the late author Mary McCarthy, and a distant cousin of former U.S. senator and presidential candidate . He graduated from in in 1932.

Beginning in 1942, McCarthy had a long and close friendship with the acclaimed actor . McCarthy and Clift were cast in the same play together, Ramon Naya's "Mexican Mural." The two of them, along with McCarthy's wife Augusta Dabney McCarthy, quickly became the best of friends. They socialized together and acted in several projects together.

McCarthy was also there the night in 1956 when Clift wrapped his car around a telephone pole in Coldwater Canyon. They had spent the evening at a dinner party at the home of in Beverly Hills. They left, but minutes later, McCarthy returned to the party. "Monty's been in an accident! I think he's dead!" Clift was seriously injured and his face scarred in the accident, but he survived. Still, his career was never the same after that. ["Montgomery Clift" by Patricia Bosworth.]